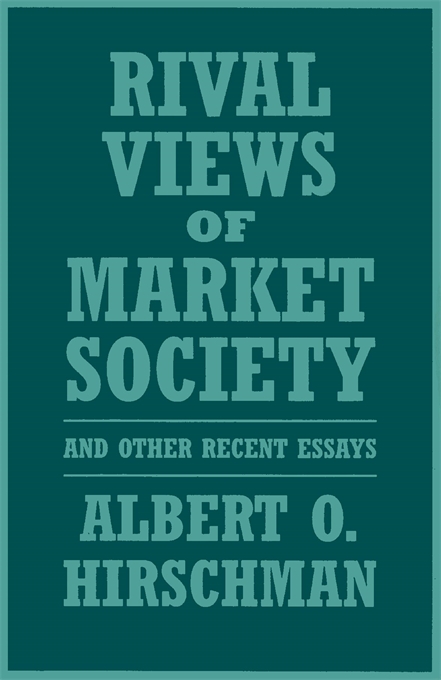 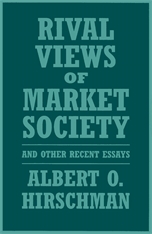 Rival Views of Market Society and Other Recent Essays

Since the mid-twentieth century Albert O. Hirschman has been known for his innovative, lucid, and brilliantly argued contributions to economics, the history of ideas, and the social sciences. Two central and already widely admired essays in this collection explore new territory. The title essay distinguishes among four very different conceptions of the characteristics and dynamics of capitalist societies. A related plea for embracing complexity is made in “Against Parsimony,” a wide-ranging critique of traditional economic models. In other writings Hirschman revisits his own views on economic development, the concept of interest, and the roles of “exit” and “voice” in economic and social systems. This volume reaffirms the powerful originality and enduring value of Hirschman’s work.