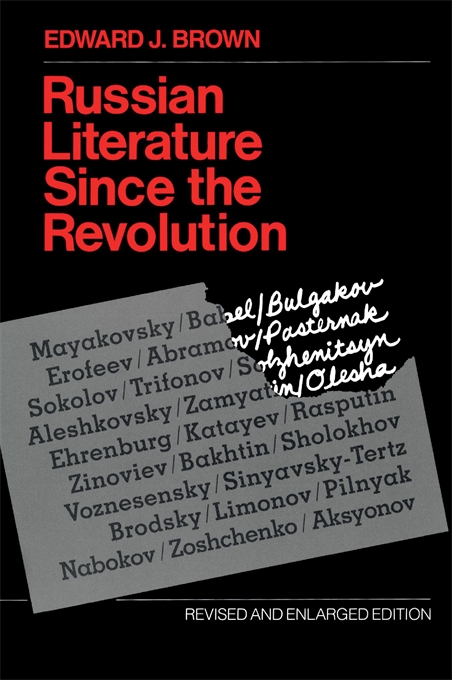 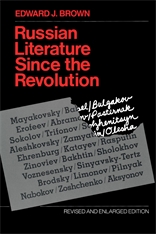 Russian Literature Since the Revolution

Long recognized as the best and most comprehensive work on its subject, Edward J. Brown’s fine book is now thoroughly revised and updated. It provides a comprehensive treatment of Russian literature, including underground and émigré writings, from 1917 to the early 1980s.

Every stage in the evolution of Russian literature since 1917, every major author, all the important literary organizations, groups, and movements, are sharply outlined, with a wealth of often unfamiliar detail and a notable economy of means. Critical essays on Mayakovsky, Zamyatin, Olesha, Pasternak, Brodsky, Solzhenitsyn, Rasputin, Erofeev, and many others offer sophisticated formal and thematic analyses of a very large array of literary masterpieces.

The book examines and makes intelligible the persistent conflict between the writer and the state, between the literary artist’s urge for untrammeled self-expression and the pervasive control of intellectual activity exercised by the Soviet government. Chapters on “The Levers of Control under Stalin,” “The First Two Thaws,” “Into the Underground,” and “Solzhenitsyn and the Epic of the Camps” reveal the conditions under which Russian literature was produced in various periods and investigate the forces that drove an important segment of the literature into clandestine publication or into exile. “Exiles, Early and Late” deals with some of the leading figures in émigré literature and examines the condition of exile as an influence on literary creation. “The Surface Channel” describes and analyzes a number of significant works published aboveground in the Soviet Union during the sixties and seventies. Brown abandons the old distinction between Soviet and émigré literature, treating all Russian writing as part of a single stream, divided since 1917 into two currents not totally separate but subtly interrelated.