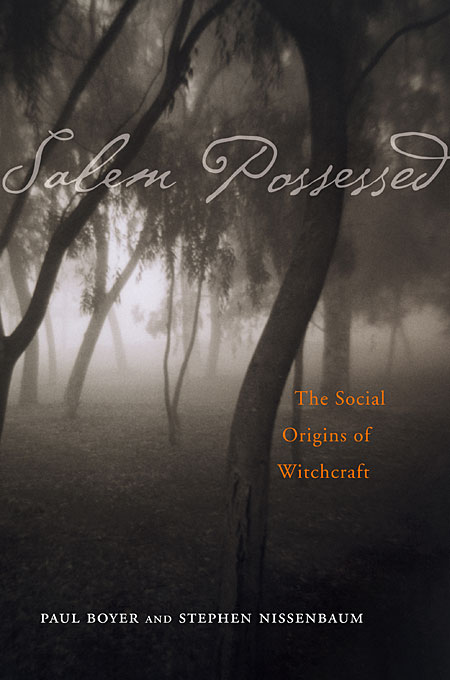 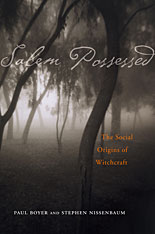 The Social Origins of Witchcraft

The stark immediacy of what happened in 1692 has obscured the complex web of human passion, individual and organized, which had been growing for more than a generation before the witch trials. Salem Possessed explores the lives of the men and women who helped spin that web and who in the end found themselves entangled in it.

From rich and varied sources—many previously neglected or unknown—Paul Boyer and Stephen Nissenbaum give us a picture of the events of 1692 more intricate and more fascinating than any other in the already massive literature on Salem. “Salem Possessed,” wrote Robin Briggs in The Times Literary Supplement, “reinterprets a world-famous episode so completely and convincingly that virtually all the previous treatments can be consigned to the historical lumber-room.”

Not simply a dramatic and isolated event, the Salem outbreak has wider implications for our understanding of developments central to the American experience: the breakup of Puritanism, the pressures of land and population in New England towns, the problems besetting farmer and householder, the shifting role of the church, and the powerful impact of commercial capitalism.