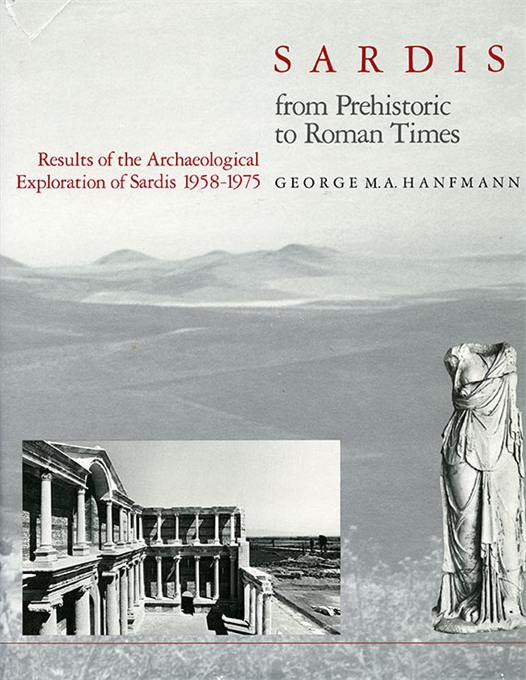 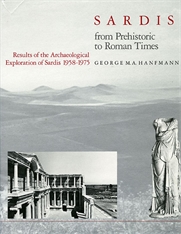 Sardis from Prehistoric to Roman Times

Results of the Archaeological Exploration of Sardis 1958–1975

A great metropolis of the ancient world, “golden” Sardis was the place where legendary Croesus ruled, where coinage was invented. Since 1958 an archaeological team has been working at the site to retrieve evidence of the rich Lydian culture as well as of the prehistoric Anatolian settlement and the Hellenistic and Roman civilizations that followed the Lydian kingdom. Here is a comprehensive and fully illustrated account of what the team has learned, presented by the eminent archaeologist who led the expedition.

George Hanfmann and his collaborators survey the environment of Sardis, the crops and animal life, the mineral resources, the industries for which the city was famed, and the pattern of settlement. The history of Sardis is then reconstructed, from the early Bronze Age to Late Antiquity. Archaeologists who have done the excavating contribute descriptions of shops and houses, graves, the precinct and Altar of Artemis, the Acropolis, gold-working installations and techniques, the bath and gymnasium complex, and the Synagogue. The material finds are studied in the context of other evidence, and there emerges an overall picture of the Lydian society, culture, and religion, the Greek and subsequently the Roman impact, the Jewish community, and the Christianization of Sardis. Historians of the ancient world will find this account invaluable.