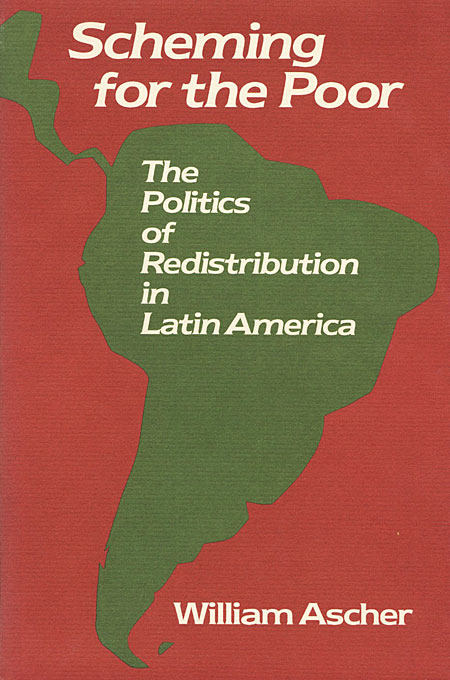 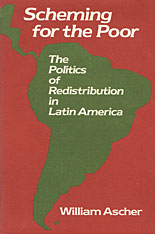 Scheming for the Poor

The Politics of Redistribution in Latin America

Scheming for the Poor is the first comparative analysis of redistributive policymaking in Latin America. William Ascher examines the success or failure of progressive policies launched by nine governments grouped into three regime types—populist, reformist, and radical—over the course of the postwar history of Argentina, Chile, and Peru.

His findings challenge the conventional views that redistribution in Latin America is either doomed to failure or else is the inevitable consequence of a balance of pro-redistributive and anti-redistributive forces. Ascher shows that tactics and careful attention to practical politics and policy implementation are far more important than regime type and professed political objectives and credos. The adept policymakers—from the Argentine authoritarian populist Juan Perón to the Chilean reformist Eduardo Frei—delivered more as redistributionists than did the economic romantics.

Integrating the political and economic aspects of redistribution, Ascher shows that in political terms success stems from subtlety rather than stridency, perceptions rather than economic realities, the astute formation of coalitions, and aversion of the mobilization of the opposition. Ultimately, of course, economic pressures impose a limit on what is politically possible, and Ascher demonstrates how economic requirements constrain the politics of income redistribution.