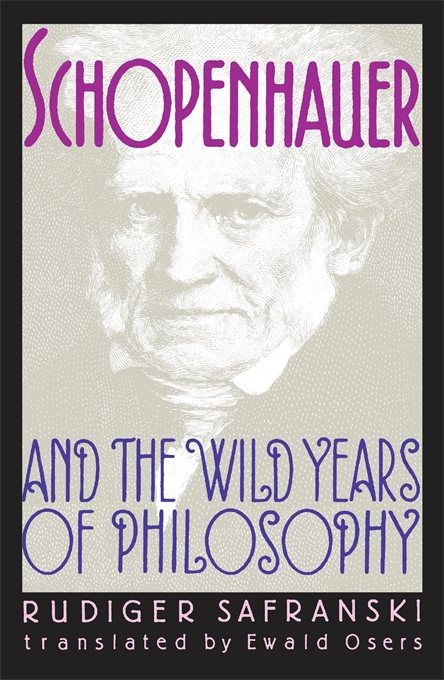 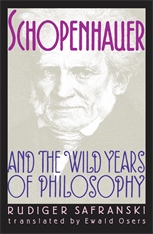 Schopenhauer and the Wild Years of Philosophy

This richly detailed biography of a key figure in nineteenth-century philosophy pays equal attention to the life and to the work of Arthur Schopenhauer. Rüdiger Safranski places this visionary skeptic in the context of his philosophical predecessors and contemporaries Kant, Fichte, Schelling, Hegel—and explores the sources of his profound alienation from their “secularized religion of reason.” He also provides a narrative of Schopenhauer’s personal and family life that reads like a Romantic novel: the struggle to break free from a domineering father, the attempt to come to terms with his mother’s literary and social success (she was a well-known writer and a member of Goethe’s Weimar circle), the loneliness and despair when his major philosophical work, The World as Will and Representation, was ignored by the academy. Along the way Safranski portrays the rich culture of Goethe’s Weimar, Hegel’s Berlin, and other centers of German literary and intellectual life.

When Schopenhauer first proposed his philosophy of “weeping and gnashing of teeth,” during the heady “wild years” of Romantic idealism, it found few followers. After the disillusionments and failures of 1848, his work was rediscovered by philosophers and literary figures. Writers from Nietzsche to Samuel Beckett have responded to Schopenhauer’s refusal to seek salvation through history.

The first biography of Schopenhauer to appear in English in this century, Schopenhauer and the Wild Years of Philosophy succeeds in bringing to life an intriguing figure in philosophy and the intellectual battles of his time, whose consequences still shape our world.