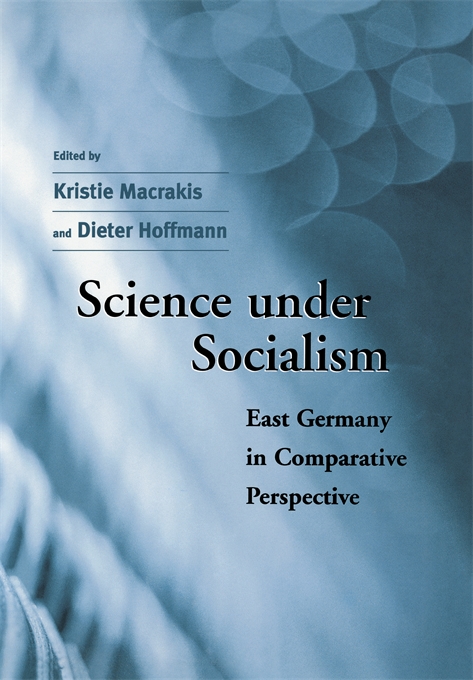 “This excellent book will be of broad interest for its use of rich materials that support both its general theoretical stance and its factual basis… To be sure, the book will be of great value to strategists responsible for national research and development policies, but it is not in the least for them alone. It will be of great interest for everone dealing with the sociology, philosophy, and history of science.”—Alexander Gurshtein, American Scientist

“This history of the German Democratic Republic (GDR), which was founded on 7 October 1949 and dissolved by the unification agreement of 1990, offers the historian an enticing, discrete historical episode… The authors [who contribute to this volume] are diverse not only in temperament, viewpoints and expectations, but also in their approach to their subjects… These contrasts make the book readable and colourful.”—Petra Werner, Nature

“The computer industry is one of the fields whose development in the GDR is analyzed in the contributions to Science under Socialism… The contributors focus on the period from the end of World War II through the late 1960s. We learn many details. For example, a major factor in the relative decline of East Germany’s chemical industry, despite party slogans like ‘chemistry yields bread, wealth, beauty,’ was the delay in switching input materials from coal to petroleum… [It] makes for interesting reading…most fascinating where [it] report[s] facts precisely, compare[s] developments, and reveal[s] connections… Much effort is made, not least by Macrakis, to be fair…[however] no reader will escape the conclusion that this political system—with the way it ran science and the economy and the way it wasted human resources—is bound to fail when high technology becomes a necessity.”—Joachim Sauer, Science

“The editors and authors are to be congratulated on a fascinating foray into the volatile relationship of society, politics and science.”—Psychological Reports

“This book covers a wide spectrum of topics associated with the creation of science and technology policy under extreme conditions dictated largely by Cold-War politics. It examines individuals, institutions, and the planned use of espionage—especially to enhance the GDR’s chemical industry and to improve such areas as computer development, nuclear power, engineering, genetics, and biomedical research. In general, each of the contributors addresses the complex effects of state-planned socialism on the development of science, and how politics can influence both scientific theory and policy.”—J. W. Dauben, Choice

“I know of no other single source that unites so much archivally based research on GDR science. These essays deal a blow against over-simplification of the state-socialist achievement or lack thereof.”—Charles S. Maier, Harvard University