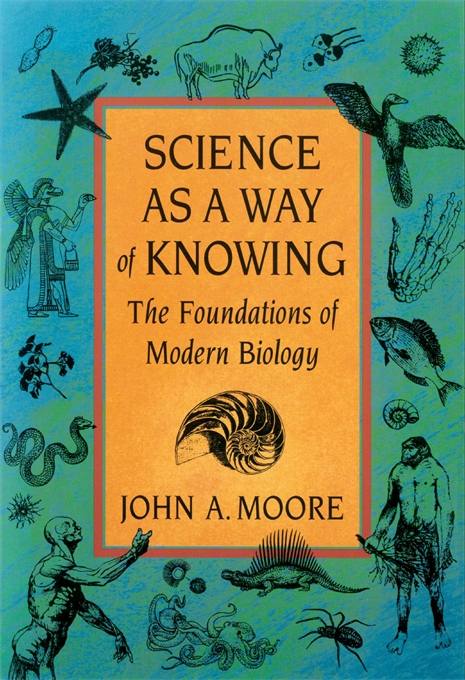 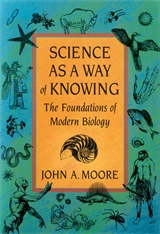 Science as a Way of Knowing

The Foundations of Modern Biology

“This volume is a worthy addition to the literature on the history of biology. It explains the foundations of evolution, genetics, and development and the logic behind scientific enquiry with a clarity that will put most writers of…textbooks to shame. It both demystifies science and exalts it.”—Nature

“To pen a single volume embracing the entire history and present compass of ideas about life and its evolution, from the cave art of Lascaux to the molecular genetics of today, is a formidable undertaking. To tell the developing story of biological thought as an illustration of the principles and methods of scientific enquiry in a much broader sense compounds the task. John Moore…has fulfilled these aims amply in a work of enormous scope. He has informed his book with wit, a gentle humanism, and considerable charm. Science as a Way of Knowing may well become a classic.”—New Scientist

“Emphasizing not just the steady accumulation of understanding but also the way in which understanding was achieved, Moore traces biology from its beginnings in ancient cultures, especially that of Greece, to its emergence as a modern scientific discipline. In sections covering the changing conception of nature in general, evolution, genetics, and organismal development, Moore’s selection of case studies and hypotheses builds into a narrative account of the reason’s biologists think as they do.”—Science News