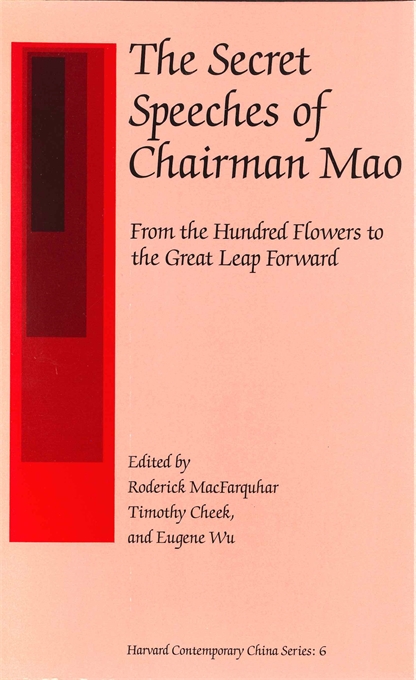 The Secret Speeches of Chairman Mao

From the Hundred Flowers to the Great Leap Forward

In 1957 and 1958, Chairman Mao Zedong led China into two major experiments: the Hundred Flowers policy of encouraging literary and political free expression and the economic Great Leap Forward. Each was a disaster. Repression followed the first when it became clear that intellectuals would criticize the Communist Party itself; famine followed the second.

During two crucial years when the movements were being initiated, however, Mao addressed various Party groups behind closed doors to explain the new policies and exhort compliance. Recorded at the time and collected for limited circulation in the 1960s by his admirers among the Red Guards, the speeches, question-and-answer sessions, and letters here translated have never before been published in China or the West. These new, candid materials revise our understanding of how the policies developed and reveal not only the extent of Mao’s power but the startling flights his untethered thought could take.