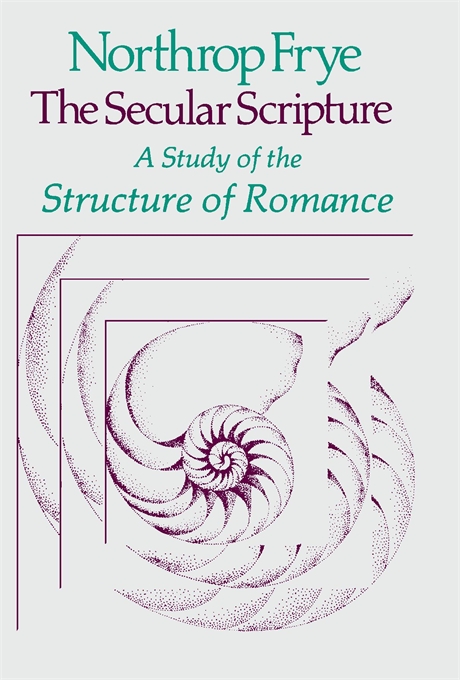 A Study of the Structure of Romance

Northrop Frye’s thinking has had a pervasive impact on contemporary interpretations of our literary and cultural heritage. In his Anatomy of Criticism, a landmark in the history of modern critical theory, he demonstrated his genius for mapping out the realm of imaginative creation. In The Secular Scripture he turns again to the task of establishing a broad theoretical framework, bringing to bear his extraordinary command of the whole range of literature from antiquity to the present.

Romance, a mode of literature trafficking in such plot elements as mistaken identity, shipwrecks, magic potions, the rescue of maidens in distress, has tended to be regarded as hardly deserving of serious consideration; critics praise other aspects of the Odyssey, The Faerie Queene, Shakespeare’s last plays, and Scott’s Waverley novels, for example, while forgiving the authors’ indulgence in childishly romantic plots. Frye, however, discerns in the innumerable romantic narratives of the Western tradition an imaginative universe stretching from an idyllic world to a demonic one, and a pattern of action taking the form of a cyclical descent into and ascent out of the demonic realm. Romance as a whole is thus seen as forming an integrated vision of the world, a “secular scripture” whose hero is man, paralleling the sacred scripture whose hero is God.

The clarity of Northrop Frye’s perception, the scope and suggestiveness of his conceptualizing, the wit and grace of his style, have won him universal admiration.