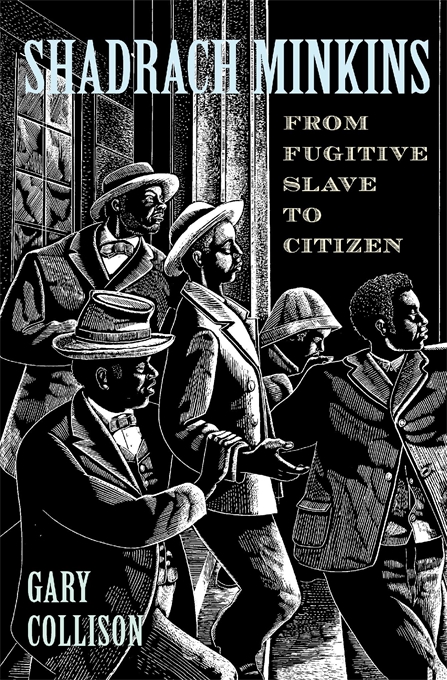 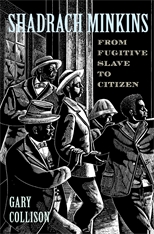 From Fugitive Slave to Citizen

On February 15, 1851, Shadrach Minkins was serving breakfast at a coffeehouse in Boston when history caught up with him. The first runaway to be arrested in New England under the 1850 Fugitive Slave Law, this illiterate Black man from Virginia found himself the catalyst of one of the most dramatic episodes of rebellion and legal wrangling before the Civil War. In a remarkable effort of historical sleuthing, Gary Collison has recovered the true story of Shadrach Minkins’ life and times and perilous flight. His book restores an extraordinary chapter to our collective history and at the same time offers a rare and engrossing picture of the life of an ordinary Black man in nineteenth-century North America.

As Minkins’ journey from slavery to freedom unfolds, we see what day-to-day life was like for a slave in Norfolk, Virginia, for a fugitive in Boston, and for a free Black man in Montreal. Collison recreates the drama of Minkins’s arrest and his subsequent rescue by a band of Black Bostonians, who spirited the fugitive to freedom in Canada. He shows us Boston’s Black community, moved to panic and action by the Fugitive Slave Law, and the previously unknown community established in Montreal by Minkins and other refugee Blacks from the United States. And behind the scenes, orchestrating events from the disastrous Compromise of 1850 through the arrest of Minkins and the trial of his rescuers, is Daniel Webster, who through the exigencies of his dimming political career, took the role of villain.

Webster is just one of the familiar figures in this tale of an ordinary man in extraordinary circumstances. Others, such as Frederick Douglass, Richard Henry Dana, Jr., Harriet Jacobs, and Harriet Beecher Stowe (who made use of Minkins’s Montreal community in Uncle Tom’s Cabin), also appear throughout the narrative. Minkins’ intriguing story stands as a fascinating commentary on the nation’s troubled times—on urban slavery and Boston abolitionism, on the Underground Railroad, and on one of the federal government’s last desperate attempts to hold the Union together.