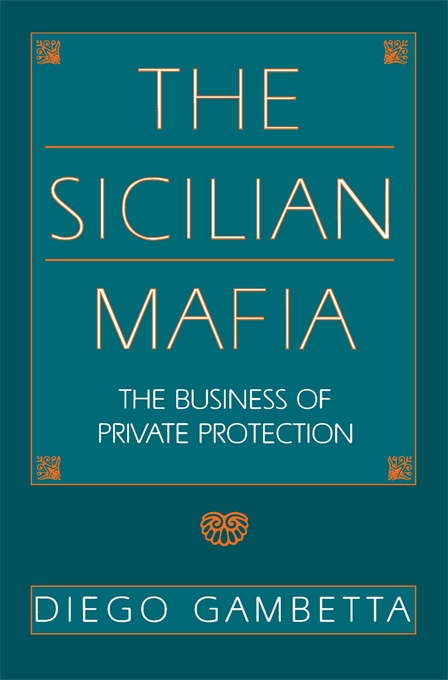 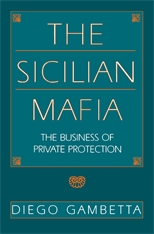 The Business of Private Protection

“[Gambetta] has done an outstanding job of gathering and analyzing the data that were available… A tremendous achievement.”—Peter Kollock, American Journal of Sociology

“A carefully argued and well written interpretation of the Sicilian Mafia which should be required reading for every student of criminology.”—David Nelken, British Journal of Criminology

“A remarkable theoretical achievement. Starting from what is apparently a most unpromising premise, that the workings of the Mafia can be understood within a rational choice framework, Gambetta repeatedly surprises us with his theoretical ingenuity… In a brief review, one cannot do justice to the complexity of the arguments in a book like Gambetta’s. Let it suffice to say I could not put it down and I estimate it will become a classic in the burgeoning literature upon the rational choice approach to sociological analysis.”—Peter Abell, British Journal of Sociology

“The Sicilian Mafia goes far beyond the promise of the title. It represents an important and arguably enduring contribution to both sociological and economic theory. Gambetta’s book shows the fruitfulness of a rigorous economic analysis applied with consistency and it is, in spite of the ominous subject, fun to read. It sheds new light on the birth and evolution of the mafia. Furthermore, the twofold parallel between the mafia, an economic industry, and the state, the political community par excellence, can bring us to a more accurate understanding of the nature of the markets for unusual commodities like protection, and it contributes, indirectly, to the political theory of the emergence of protection agencies.”—Alberto Vannucci, European Sociological Review

“Diego Gambetta’s analysis of the Sicilian Mafia is likely to become a classic. It uses a dazzling combination of economic theory and sociological insight to make sense of a significant but mysterious social institution.”—Robert Sugden, Journal of Economic Literature

“This is a fascinating book. It provides a wealth of information about an organization which, despite its repellent nature, understandably continues to intrigue many people. And the narrative, based, as much of it is, on the testimony of various ex mafiosi who have turned state’s evidence, possesses a compelling immediacy. As a work of history, it is first-rate.”—Larry J. Sechrest, Journal of Economics

“Gambetta’s study is, quite simply, brilliant. At once thoughtful and provocative, he argues that the mafioso deals not in violence, but in protection… Witty and well-argued, compelling but not didactic, this is precisely what a scholarly work should be.”—Modern Italy