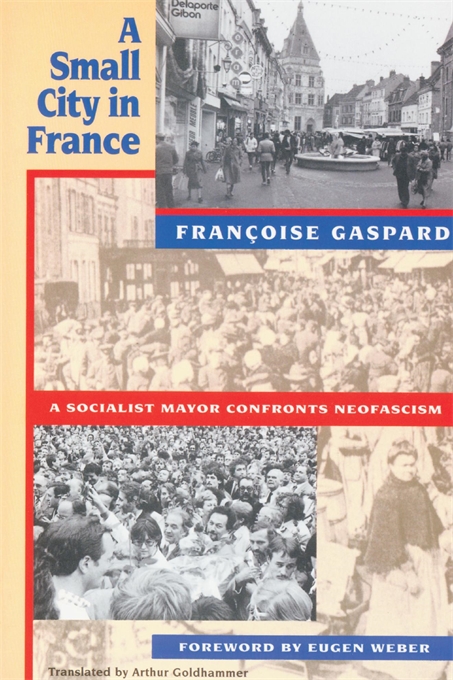 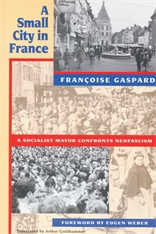 A Small City in France

“Françoise Gaspard’s account of how the Front National was able to put down roots in the small town of Dreux, sixty miles west of Paris, is a highly interesting work of political anthropology… [Gaspard] has delved deep into the history of Dreux… The book has been well translated by Arthur Goldhammer, and offers a brilliant portrayal of the lost civilization of small-town France. It describes with accuracy and insight, as well as with passion, the cultural tensions between locals and immigrants which grew up in the new suburbs and their gleeful exploitation by the Front National, for whom a Muslim-run shop that wouldn’t sell ham was a political gift.”—Peter Morris, The Times Literary Supplement

“This intelligently constructed book is not the apologia of a defeated politician. It is an ethnographic and social history of more than French importance, for the problems of accelerated growth and abrupt decline which the author describes are international.”—Phoebe-Lou Adams, The Atlantic

“An elegant case study of the appearance in France of the racist Front National (FN). Gaspard, a historian and native of Dreux, the city in question, was its mayor and parliamentary deputy when the FN broke through in the mid-1980s… This is an ominous and profound story, made all the more compelling by Goldhammer’s stellar translation. A Small City in France may sound far away, but, with similar phenomena threatening in other parts of Europe and North America, it may be closer then we realize.”—George Ross, Contemporary Sociology

“The most significant book I have read on France in the Fifth Republic. Dreux’s story is that of France. In considering the Front National, Gaspard does not simply condemn; she explains. Especially, her consideration of the problem of citizenship and the question of how to make democracy work in times of crisis is powerful.”—John Merriman, Yale University