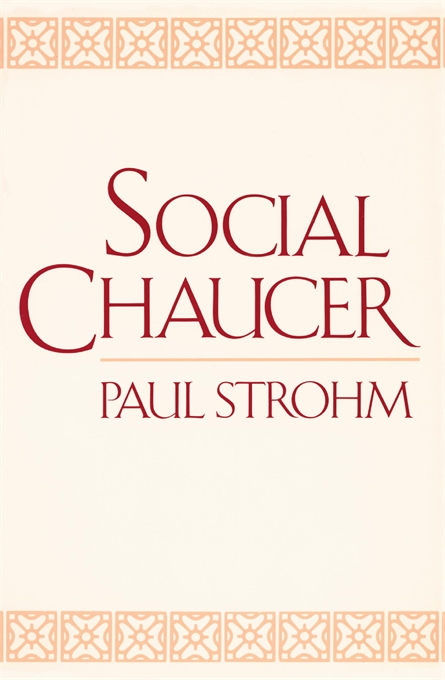 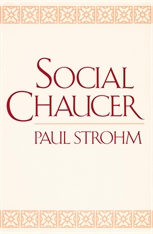 Each generation finds in Chaucer’s works the concerns and themes of its own era. But what of Chaucer’s contemporaries? For whom was he writing? With what expectations would his original audience have approached his works? In what terms did he and his audience understand their society, and how does his poetry embody a view of society?

These are some of the questions Paul Strohm addresses in this innovative look at the historical Chaucer. Fourteenth-century English society was, he reminds us, in a state of accelerating transition: feudalism was yielding to capitalism, and traditional ways of understanding one’s place in society were contending with new social paradigms. Those like Chaucer who lived on the fringe of gentility were particularly sensitive to these changes. Their social position opened the way to attractive possibilities, even as it exposed them to special perils.

Strohm draws on seldom-considered documents to describe Chaucer’s social circle and its experiences, and he relates this circle to implied and fictional audiences in the texts. Moving between major works like the Canterbury Tales and less frequently discussed works like Complaint of Mars, he suggests that Chaucer’s poetry not only reproduces social tensions of the time but also proposes conciliatory alternatives. His analysis yields a fuller understanding of Chaucer’s world and new insight into the social implications of literary forms and styles.