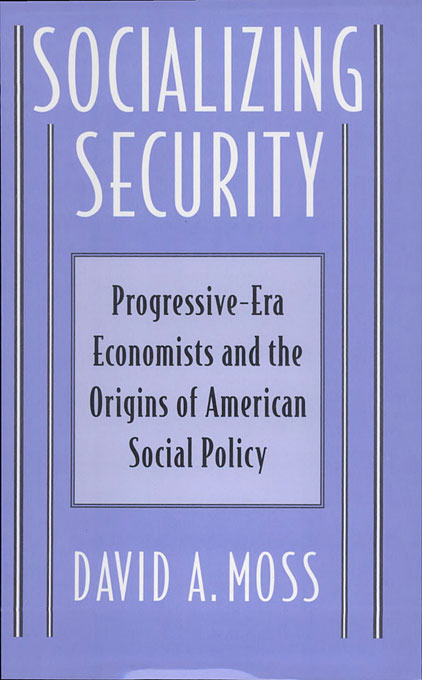 Progressive-Era Economists and the Origins of American Social Policy

Socializing Security examines the early movement for worker-security legislation in the United States. It focuses on a group of academic economists who became leading proponents of social insurance and protective labor legislation during the first decades of the twentieth century. These economists—including John R. Commons and Richard T. Ely—founded the American Association for Labor Legislation (AALL). As intellectuals and political activists, they theorized about the social efficiency of security legislation, proposed policies, and drafted model bills. They campaigned vigorously for industrial safety laws, workers’ compensation, unemployment insurance, and compulsory health insurance.

The AALL reformers were successful in some of their legislative campaigns, but failed in two of their most important ones, those for unemployment insurance and health insurance. In examining the obstacles that the reformers faced, David Moss highlights a variety of political and institutional constraints, including the constitutional doctrine of federalism and gender-biased judicial decisions.

The goal of the AALL reformers, Moss demonstrates, was not to relieve the poor, but rather to prevent workers and their families from falling into poverty as a result of accidents or illness. In favoring security over relief, economists in the progressive era defined and confirmed what has remained, for some eighty years, one of the essential values of American social policy. In concluding, Moss suggests that new policies may now be necessary in an economy in which falling wages and fewer jobs, rather than industrial hazards, are increasingly to blame for the precarious situation of the American worker.