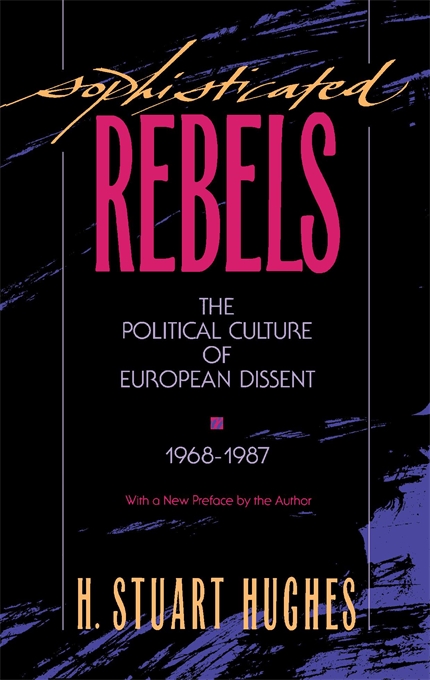 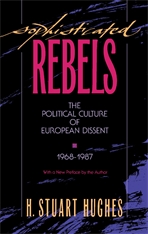 The Political Culture of European Dissent, 1968–1987, With a New Preface by the Author

Those who think otherwise, though they may fail, deserve our attention, says H. Stuart Hughes. In Sophisticated Rebels, Hughes shows what happened to the revolutionary spirit after the 1968 suppressions in Prague and Paris: dissenters learned their lesson and began to pursue their goals in patient, realistic, limited fashion, eschewing violence and inflammatory ideological rhetoric. Yet theirs were the voices protesting what even conformists recognize as social evils; the manipulative routine of bureaucratic authority, public and private; the soullessness of life in the sprawling conurbations European cities have become; the deadening of sensibility that allows us to screen out from consciousness the possibility of nuclear war.

Hughes takes up in turn the innovations in dissidence during a reactionary age: the foreign workers, especially Moslems, who flooded the more prosperous countries of Europe in the 1970s, creating a large underclass; the advocates of local cultural autonomy, such as the Welsh and Bretons; the independent-minded theologians Hans Küng and Edward Schillebeeckx and Leonardo Boff arrayed against Pope John Paul II, who was himself rebelling against a dilution of Catholic theology; Poland’s Solidarity and with it the longing for reunification of a sundered continent; the frustration of Soviet dissent, from the hope of Khrushchev’s “thaw” to the sufferings of Sakharov; the collapse of Eurocommunism and the falterings of democratic socialism; and the slow advance of the German Greens toward a society on a human scale. Although European dissent, with the exception of the Greens, has failed to shake the hold of conservative rule, Hughes believes the subject matter of dissent—notably the protest against the nuclear menace—has lost none of its timeliness for the century ahead, and the dissenters themselves face the future with both stoicism and hope.

Serving as markers throughout the route are brief analyses of the relevance of novelists and social critics, among them Milan Kundera, Adam Michnik, Yuri Trifonov, Roy Medvedev, and Jürgen Habermas.