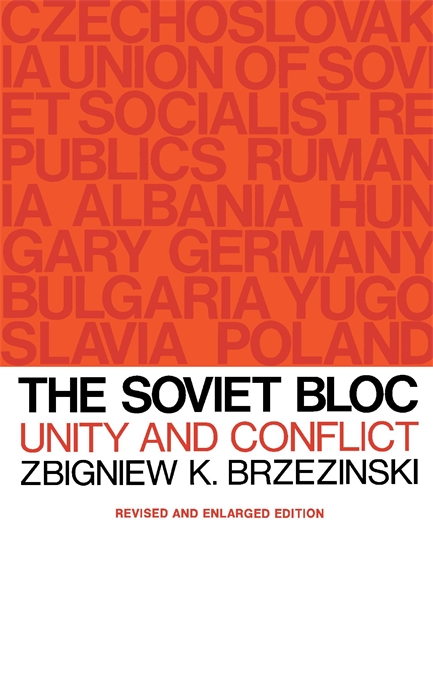 This is the first full-length study of relations among the communist states. The study explores the implications of the status of Yugoslavia and China, the significance of the Hungarian revolution and the position of Poland in the Soviet bloc, and clarifies the Khrushchev–Gomulka clash of 1956 and the complex role of Tito. Zbigniew Brzezinski emphasizes the role of ideology and power in the relations among the communist states, contrasting bloc relations and the unifying role of Soviet power under Stalin with the present situation. He suggests that conflicts of interest among the ruling elites will result either in ideological disputes or in weakening the central core of the ideology, leading to a gradual decline of unity among the Communist states.

The author, while on leave from his post as Professor and Director of the Research Institute on Communist Affairs, Columbia University, and serving on the U.S. State Department’s Policy Planning Council, has revised and updated his important study and added three new chapters on more recent developments. He gives particular attention to the Sino–Soviet dispute.