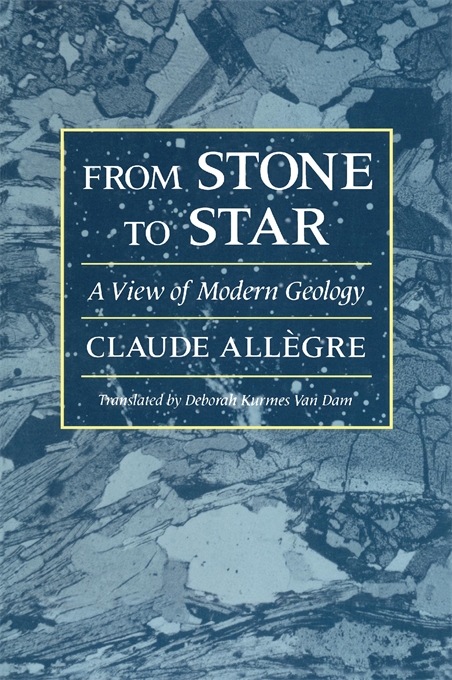 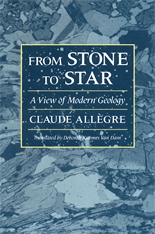 From Stone to Star

A View of Modern Geology

From Stone to Star chronicles one of the great scientific adventures of our time. Written by the eminent geochemist Claude Allègre, it offers a fascinating glimpse into the sophisticated isotopic detective work that has established a geologic chronology of the earth and transformed our understanding of its genesis and history. In eighteenth- and nineteenth-century Europe geologists exploring the earth’s surface collected fossils and hotly debated the origin of the layered and folded rocks in which they were embedded.

The development of seismology, the study of earthquakes, in this century shifted the focus from the terrestrial crust to the earth’s deep interior. But our knowledge of the chemistry of the earth and of the solar system has been revolutionized by advances in modern laboratory technology and analysis of meteorites and lunar rocks. High resolution mass spectrometry has allowed scientists to explore the very hearts of atoms. The Apollo mission brought back our first samples of the lunar surface, and unmanned space probes have gathered detailed photographs of distant planets.

From Stone to Star provides an engaging account of this exciting new chapter in scientific discovery. Scientists can now measure the isotopic composition of atoms with extreme precision. As miraculous as it may seem, a minute quantity of meteorite yields more information about the structure of the earth and the primitive history of the solar system than years of fieldwork on the earth’s surface. Allègre, who was a project scientist during the interplanetary space missions, scrupulously avoids technical jargon. His lucid prose and abiding passion for his subject succeed in creating a superbly readable introduction to the history, methods, and theories of modern geology.