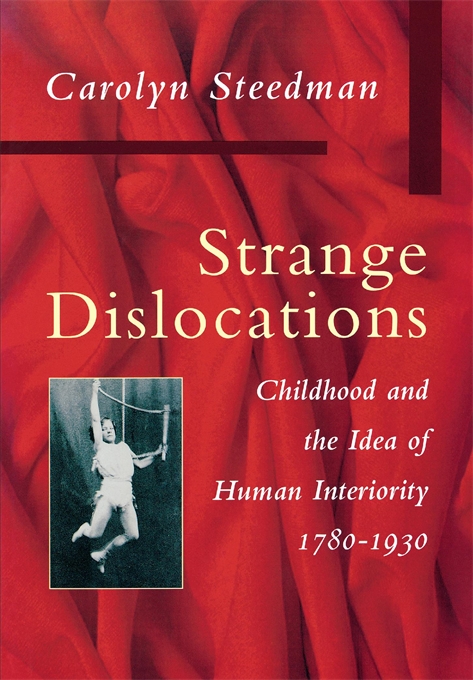 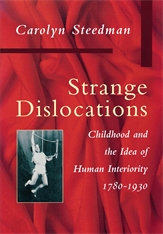 Childhood and the Idea of Human Interiority

Strange, deformed, and piercingly beautiful, the child acrobat Mignon sprang onto the public stage in 1795. No child at all, but a figment of Goethe’s fiction, Mignon appeared and reappeared in countless forms and guises over the next century. The meaning of this compelling creature is at the center of Carolyn Steedman’s book, a brilliant account of how nineteenth-century notions of childhood, like those expressed in the figure of Mignon, gave birth to the modern idea of a self.

During the last century, a change took place in the way people in Western societies understood themselves--the way they understood the self and how it came into being. Steedman tracks this development through changing attitudes about children and childhood as these appear in literature and law, medicine, science, and social history. Moving from the world of German fiction to that of child acrobats and street arabs in nineteenth-century Britain, from the theories of Freud to those of Foucault, she shows how the individual and personal history that a child embodied came to represent human "insideness." Particularly important for understanding this change is the part that Freudian psychoanalysis played, between 1900 and 1920, in summarizing and reformulating the Victorian idea that the core of an individual’s psychic identity was his or her own lost past, or childhood.

Using the perspectives of social and cultural history, and the history of psychology and physiology, Strange Dislocations traces a search for the self, for a past that is lost and gone, and the ways in which, over the last hundred years, the lost vision has come to assume the form of a child.