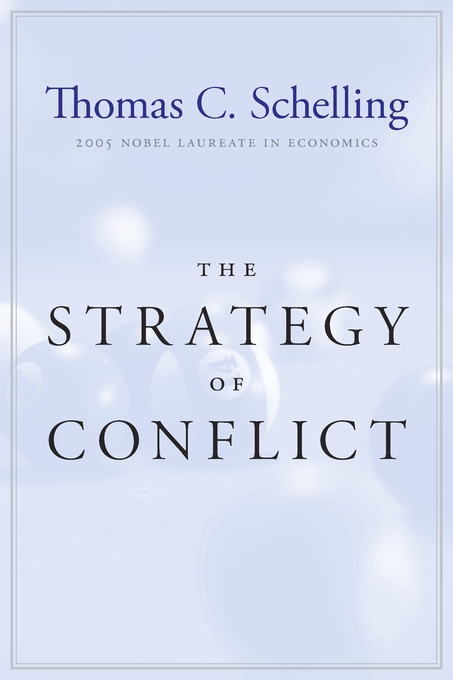 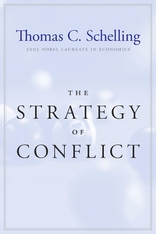 The Strategy of Conflict

With a New Preface by the Author

“Against the backdrop of the nuclear arms race in the late 1950s, Thomas Schelling’s book The Strategy of Conflict set forth his vision of game theory as a unifying framework for the social sciences. Schelling showed that a party can strengthen its position by overtly worsening its own options, that the capability to retaliate can be more useful than the ability to resist an attack, and that uncertain retaliation is more credible and more efficient than certain retaliation. These insights have proven to be of great relevance for conflict resolution and efforts to avoid war. Schelling’s work prompted new developments in game theory and accelerated its use and application throughout the social sciences. Notably, his analysis of strategic commitments has explained a wide range of phenomena, from the competitive strategies of firms to the delegation of political decision power.”—The Royal Swedish Academy of Sciences

“In eminently lucid and often charming language, Professor Schelling’s work opens to rational analysis a crucial field of politics, the international politics of threat, or as the current term goes, of deterrence. In this field, the author’s analysis goes beyond what has been done by earlier writers. It is the best, most incisive, and most stimulating book on the subject.”—Annals of the American Academy

“An important contribution to understanding the conduct of the ambiguous conflict between the communist bloc on the one hand and the United States and its Free World Allies on the other.”—Journal of Politics