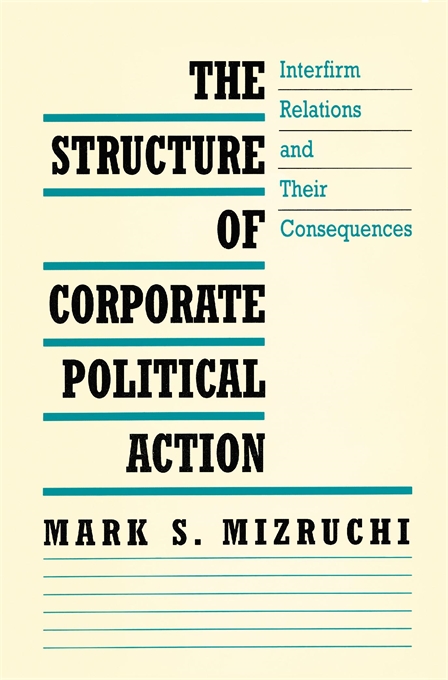 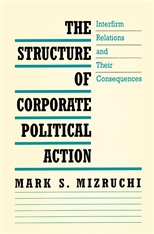 The Structure of Corporate Political Action

Interfirm Relations and Their Consequences

Are large American corporations politically unified or divided? This question, which has important implications for the viability of American democracy, has frustrated social scientists and political commentators for decades. Despite years of increasingly sophisticated research, resolution of the issue remains as elusive as ever.

In this important book, Mark S. Mizruchi presents and tests an original model of corporate political behavior. He argues that because the business community is characterized by both unity and conflict, the key issue is not whether business is unified but the conditions under which unity or conflict occurs.

Adopting a structural model of social action, Mizruchi examines the effects of factors such as geographic proximity, common industry membership, stock ownership, interlocking directorates, and interfirm market relations on the extent to which firms behave similarly. The model is tested with data on the campaign contributions of corporate political action committees and corporate testimony before Congress. Mizruchi finds that both organizational and social network factors contribute to similar behavior and that similar behavior increases a group’s likelihood of political success.

This study demonstrates that rather than making their political decisions in a vacuum, firms are influenced by the social structures within which they are embedded. The results establish for the first time that the nature of relations between firms has real political consequences.