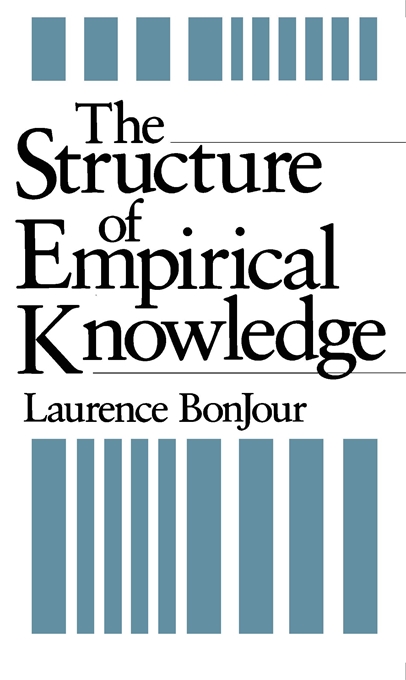 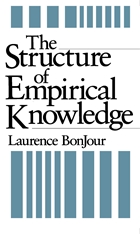 The Structure of Empirical Knowledge

“In this unpretentious, well-written study Laurence BonJour…rejects foundationalist theories of epistemic justification and sees no alternative to a coherence theory, the main features of which he goes on to elaborate. Clearly this is a major project… We are offered thought-provoking glimpses of the blueprints for certain large components, most notably a defense of internalism in the theory of justification, a coherentist notion of observation, and an appeal to a priori knowledge of probabilities in the ‘metajustification’ of a coherence theory… The virtues of this book include lucid writing, perspicuous organization, and careful argumentation.”—Mind

“An important work… A penetrating analysis of difficulties in the major types of foundationalist theory and a defense of a novel version of the coherence theory of epistemic justification… A valuable work that will repay close examination by anyone concerned with what may well be the single most important problem in the theory of knowledge.”—Choice

“This book is a significant contribution. The overall structure of the book is well conceived. Each step in the argument is clearly motivated and many of the steps are original… The writing style is straightforward, clear, and polished.”—Peter Klein, Rutgers University

“BonJour develops what is undoubtedly the strongest version of a coherence theory of epistemic justification that has been produced. The entire work is outstanding for the way BonJour bends over backward to formulate and answer objections to his positions. This is a very fine work, something people will be reading and reacting to for some time to come.”—William P. Alston, Syracuse University

“The Structure of Empirical Knowledge is important as a very lucid and perceptive treatment of the coherence/foundations controversy. Thorough and careful, it is also well conceived and well written and does not get lost in details. It should be of interest to philosophers of every persuasion.”—Ernest Sosa, Brown University