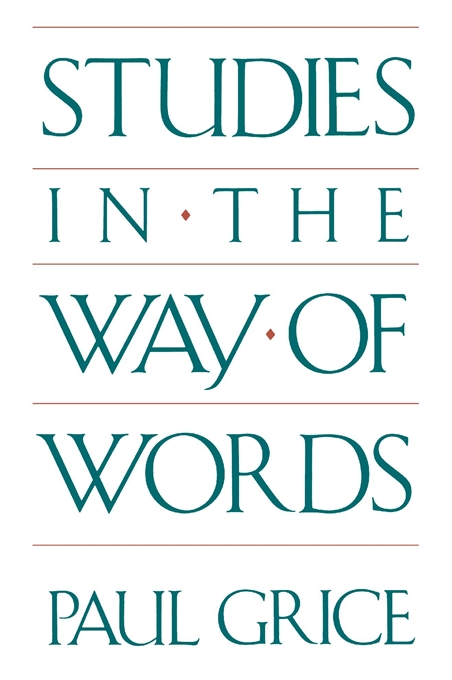 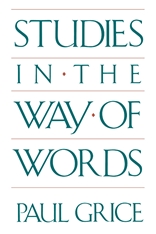 Studies in the Way of Words

This volume, Paul Grice’s first book, includes the long-delayed publication of his enormously influential 1967 William James Lectures. But there is much, much more in this work. Grice himself has carefully arranged and framed the sequence of essays to emphasize not a certain set of ideas but a habit of mind, a style of philosophizing.

Grice has, to be sure, provided philosophy with crucial ideas. His account of speaker-meaning is the standard that others use to define their own minor divergences or future elaborations. His discussion of conversational implicatures has given philosophers an important tool for the investigation of all sorts of problems; it has also laid the foundation for a great deal of work by other philosophers and linguists about presupposition. His metaphysical defense of absolute values is starting to be considered the beginning of a new phase in philosophy. This is a vital book for all who are interested in Anglo-American philosophy.