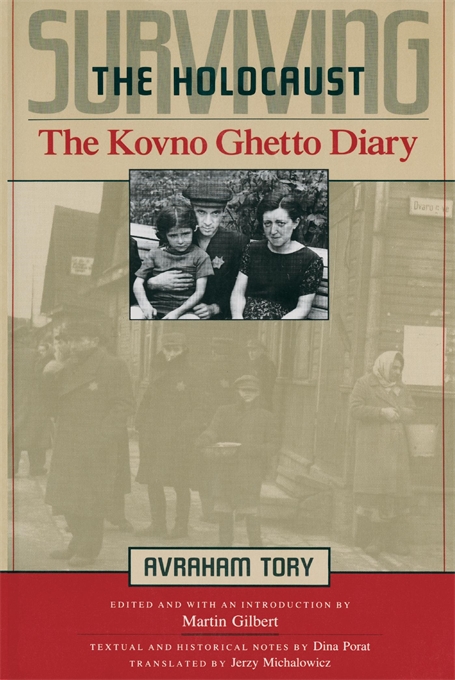 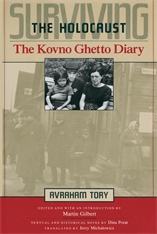 This remarkable chronicle of life and death in the Jewish Ghetto of Kovno, Lithuania, from June 1941 to January 1944, was written under conditions of extreme danger by a Ghetto inmate and secretary of the Jewish Council. After the war, in order to escape from Lithuania, the author was forced to entrust the diary to leaders of the Escape movement; eventually it made its way to his new home in Israel.

The diary incorporates Avraham Tory’s collections of official documents, Jewish Council reports, and original photographs and drawings made in the Ghetto. It depicts in grim detail the struggle for survival under Nazi domination, when—if not simply carted off and murdered in a random “action”—Jews were exploited as slave labor while being systematically starved and denied adequate housing and medical care. Through it all, Tory’s overriding purpose was to record the unimaginable events of these years and to memorialize the determination of the Jews to sustain their community life in the midst of the Nazi terror.

Of the surviving diaries originating in the principal European Ghettos of this period, Tory’s is the longest written by an adult, a dramatic and horrifying document that makes an invaluable contribution to contemporary history. Tory provides an insider’s view of the desperate efforts of Ghetto leaders to protect Jews. Martin Gilbert’s masterly introduction establishes the authenticity of the diary, presents its events against the backdrop of the war in Europe, and considers the crucial questions of collaboration and resistance.