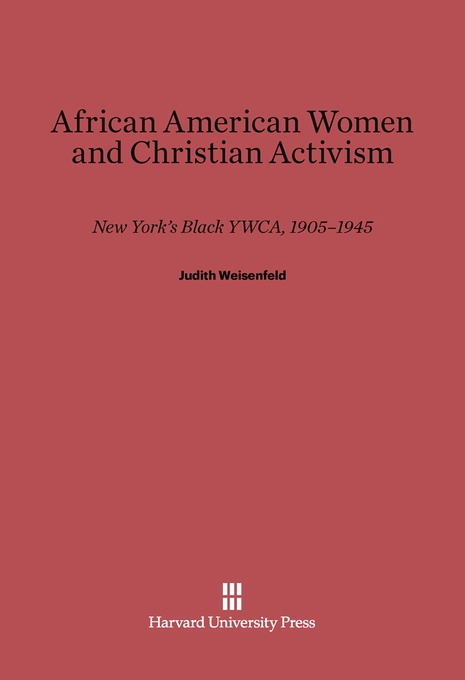 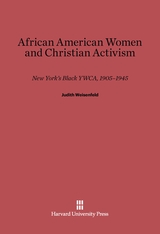 The middle class black women who people Judith Weisenfeld’s history were committed both to social action and to institutional expression of their religious convictions. Their story provides an illuminating perspective on the varied forces working to improve quality of life for African Americans in crucial times.

When undertaking to help young women migrating to and living alone in New York, Weisenfeld’s protagonists chose to work within a national evangelical institution. Their organization of a black chapter of the Young Women’s Christian Association in 1905 was a clear step toward establishing a suitable environment for young working women; it was also an expression of their philosophy of social uplift. And predictably it was the beginning of an equal rights struggle—to work as equals with white women activists. Growing and adapting as New York’s black community evolved over the decades, the black YWCA assumed a central role both in the community’s religious life and as a training ground for social action. Weisenfeld’s analysis of the setbacks and successes closes with the National YWCA’s vote in 1946 to adopt an interracial charter and move toward integration of local chapters, thus opening the door to a different set of challenges for a new generation of black activists.

Weisenfeld’s account gives a vibrant picture of African American women as significant actors in the life of the city. And it bears telling witness to the religious, class, gender, and racial negotiations so often involved in American social reform movements.