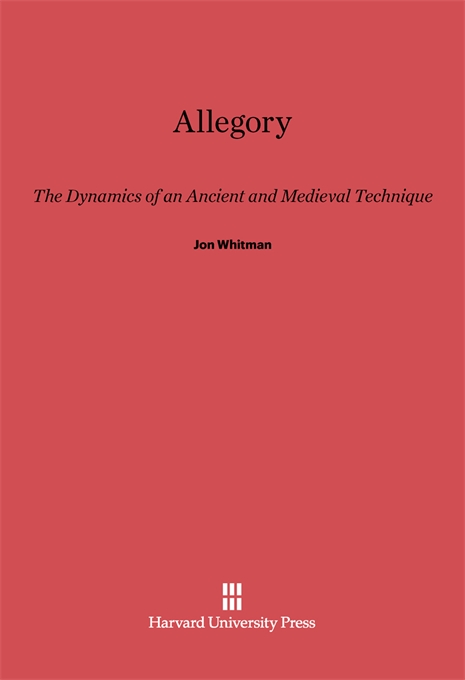 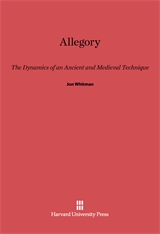 The Dynamics of an Ancient and Medieval Technique

Allegory is both a strategy for interpreting texts and a method for composing them. This book investigates the interplay between these interpretative and compositional traditions at critical points in their development.

Jon Whitman analyzes a range of works in which the allegorical impulse develops, from the Stoic moral essay and the Roman mythological epic to the Neoplatonic exegetical treatise and the Christian spiritual encyclopedia. By examining important changes in approach to the logic of a text, the design of the world, and the organization of events, Whitman shows how the interpretative and poetic strategies of allegory increasingly overlap and broaden in scope in antiquity and the early Middle Ages.

He explains how his interaction acquires an intensive form in the twelfth-century Cosmographia, which explicates the story of creation by devising allegorical characters to act out the narrative. Relating this early convergence of analytic and imaginative methods to broader critical concerns, Whitman shows how allegory constantly promotes the reassessment of its own formulations, a process that stimulates the complex allegorical movement of the late Middle Ages. Students and teachers of literature, philosophy, and theology will appreciate this close analysis of ancient and medieval allegory, an investigation that combines important recent research with new perspectives on the interplay of early thought and expression.