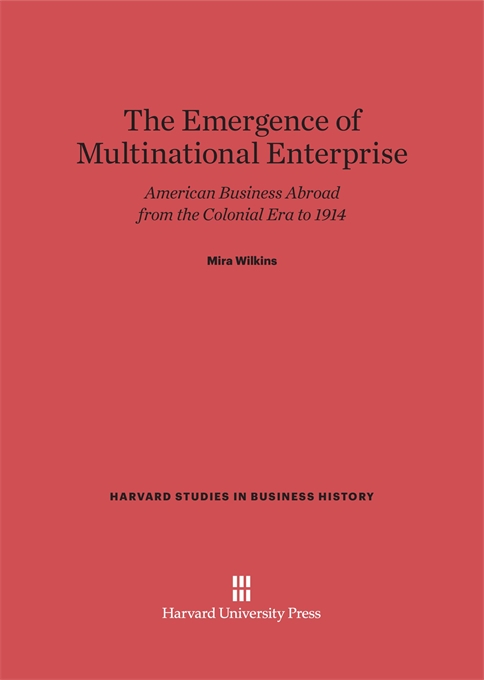 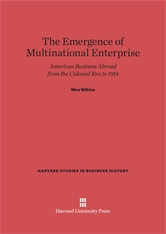 The Emergence of Multinational Enterprise

American Business Abroad from the Colonial Era to 1914

The first history of the involvement of American business in direct foreign investment explores a number of pertinent questions: What was the genesis of U.S. business interests in overseas markets? What perspectives guided the financial and social policies of the pioneering companies? In what way did the activities of American business abroad influence U.S. foreign policy?

Mira Wilkins recounts the histories of early foreign investment by such familiar companies as Singer, United Fruit, Edison, American Smelting and Refining, Anaconda Copper, American Telephone, and International Harvester. Refuting a well-established myth, she demonstrates that early American foreign investment was not confined to the extractive industries and utilities, and shows that, by 1914, while America remained a debtor nation in international accounts, a large number of U.S. multinational manufacturing corporations had already come into existence. Indeed, the percentage of the 1914 gross national product attributed to direct foreign investment equals that percentage of the 1966 GNP.

Though wholly self-contained, this works joins with the author’s subsequent volume, The Maturing of Multinational Enterprise: American Business Abroad from 1914 to 1970, to form the first overall history of American business abroad from our earliest times to the late twentieth century.