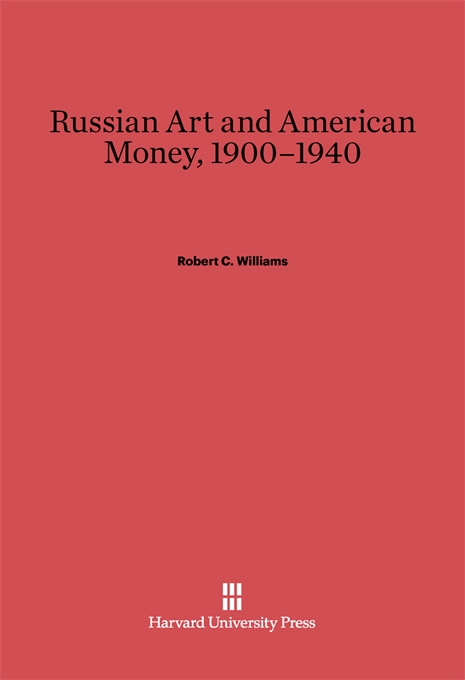 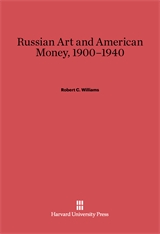 Russian Art and American Money is a tale of sharp traders, con men, art collectors, and anxious commissars woven into a fascinating pattern of culture exchange: the Russian government’s sale of millions of dollars worth of art to wealthy Americans in the early twentieth century. The colorful group included millionaire art collectors Andrew Mellon and Ambassador Joseph E. Davies; promoter Christian Brinton; artist, con man, and mystic Nicholas Roerich; entrepreneur Dr. Armand Hammer; and Commissar of Foreign Trade Anastas Mikoyan. They had little in common, except that in various ways they facilitated the transfer to America of a priceless heritage of European art, including works by Titian, Raphael, and Rembrandt, for a fraction of their current value.

Why did the Russians do this? Sleuthing through unpublished archives in art museums, galleries, and attics, Robert C. Williams learned that the Russians began selling art in America almost twenty years before the 1917 revolution. But it was the work of contemporary Russian artists little known in the West. The government then was more interested in encouraging the larger trade relationship by exhibiting signs and symbols of Russia’s national past and promising future than in earning any currency by the sale of the art itself. This policy suddenly changed in the late 1920s when the Soviets, desperate to modernize, disparaging of bourgeois art, and eager to make friends in the United States, decided to sell their vast artistic treasures to pay for vital imports of machinery, factories, and other capital goods. In a short space of ten years they sold off the Romanov art treasures, mostly at bargain prices.

Today, the Soviets are still quietly exporting and exhibiting Russian art to win friends and earn hard currency abroad. This detective story of art, economics and foreign affairs will appeal to any reader interested in Soviet–American relations or the international traffic in art objects.