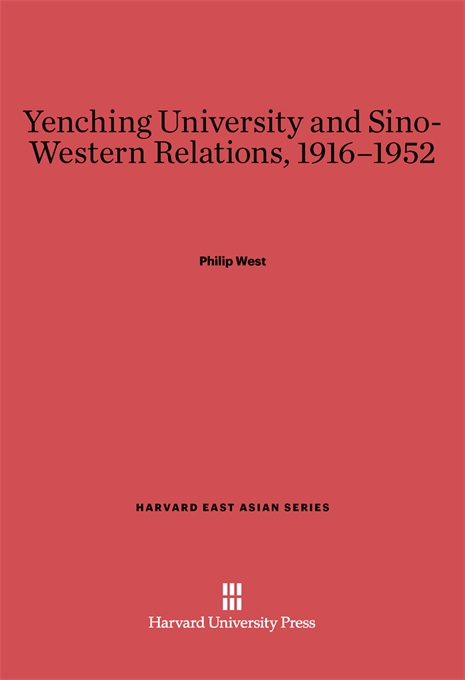 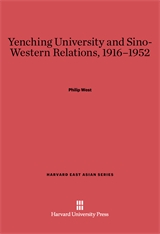 Yenching University was perhaps the most impressive example of Sino–Western cooperation in the twentieth century. From its founding in 1916 by Western missionaries until the Communist victory, Yenching mirrored the colorful and frustrating efforts of Chinese and Western liberals to find solutions to China’s overriding preoccupation with national salvation. In charting the ebb and flow of university life, this definitive work sheds light on the intellectual, social, and diplomatic forces at work in this transitional period in Chinese history.

Philip West’s analysis of the Yenching episode is carefully placed within the political context, both domestic and foreign, of the Republican years (1912–1949). But the author sees intercultural history as being more than an extension of politics and diplomacy. The early bond between Chinese and Westerners at Yenching, despite its fame as an educational institution, was a religious one. Rising national consciousness, student radicalization, and China’s unending experience of war weakened that religious tie. And yet religious purposes are a part of the Yenching story to the end.

In his handling of intercultural history, West has a keen appreciation for the interplay of political forces and individuals. The demise of Yenching and the breakdown of Sino–Western relations generally are seen in terms of the individual behavior of Yenching personalities, the pressures of Communist ideology, and also Western diplomacy surrounding the Korean War. Throughout this study major attention is given to the pivotal role of that towering personality in Sino–Western relations, John Leighton Stuart, Yenching’s longtime president and the last American Ambassador to China prior to the Communist takeover.