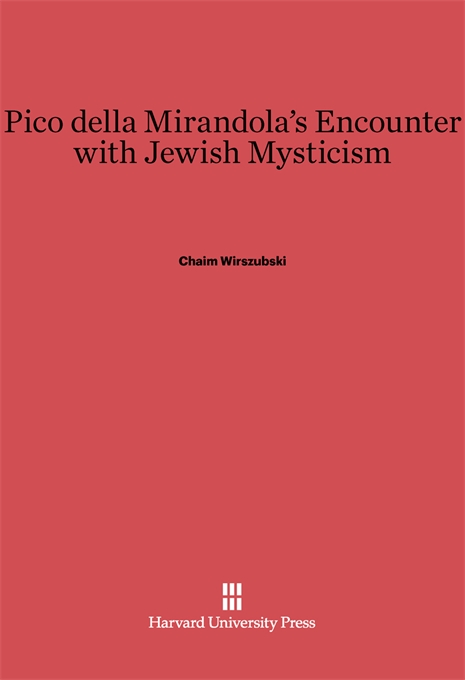 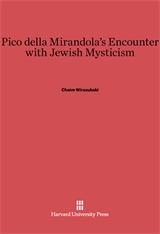 Here is a major contribution to the history of Christian kabbalism by an eminent authority. Giovanni Pico della Mirandola, a central figure in Lorenzo de’ Medici’s Platonic Academy, was the first notable Christian humanist to become learned in the Kabbalah; and the two sets of kabbalistic theses he wrote started Kabbalah on its Christian career. This is a study of those theses, their meaning, and their relation to the Hebrew texts Pico studied.

Chaim Wirszubski establishes which Hebrew texts Pico used and identifies the sources for individual theses. In the process he provides special insight into Jewish Kabbalah and its several schools. Pico’s goal was to use Jewish Kabbalah to confirm Christian theology. In his analysis of Conclusiones Cabalisticae, Wirszubski elucidates this Christian kabbalistic doctrine and shows how it was tied to other currents in Renaissance thought, especially platonism and magic. This study will be valued by students of mysticism and of Renaissance thought.