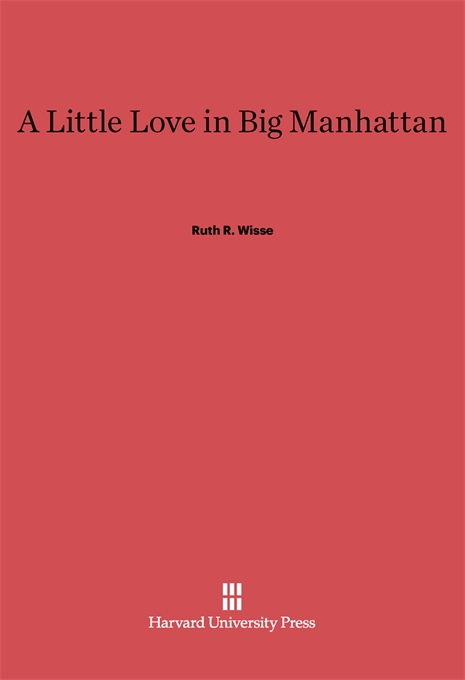 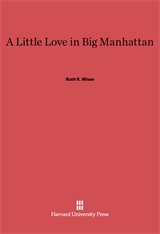 A Little Love in Big Manhattan

In the early decades of this century, the wave of immigration that brought nearly two million Jews from the Pale of Settlement to the United States included an extraordinary group of gifted Yiddish poets and writers, who came to be called Di Yunge (The Young). A Little Love in Big Manhattan tells the story of two of the Young’s most prominent figures—Mani Leib, a lyric poet intent on refining the hard facts of his life into works of enduring beauty, and Moishe Leib Halpern, for whom poetry had to be the expression of coarse and shattering reality.

Through a dual biography of these opposing personalities, Ruth Wisse describes the rich and vital cultural movement that embraced them both. She tells of the burst of creative energy exhibited by the young poets and intellectuals who, after a long day of manual labor, would congregate in the cafes of the Lower East Side for badinage, debate, and literary talk. They started literary journals and compiled anthologies of their writings, which found their way overseas and had a rejuvenating influence on Yiddish poetry abroad. Ironically, their achievement coincided with the decline of the language in which they wrote, so that Yiddish poetry came into its own in America at a time when the next generation could scarcely read it; there were no literary heirs.

Ruth Wisse presents modern Jews with a part of their lost inheritance, and also claims for the Yiddish poets a place in the American canon. The first book to present these poets as part of the history of immigrant Jews in America, A Little Love in Big Manhattan (the title is from a poem of Halpern’s) will appeal to readers of poetry and to people interested in facets of the intellectual and artistic atmosphere of the interwar period.