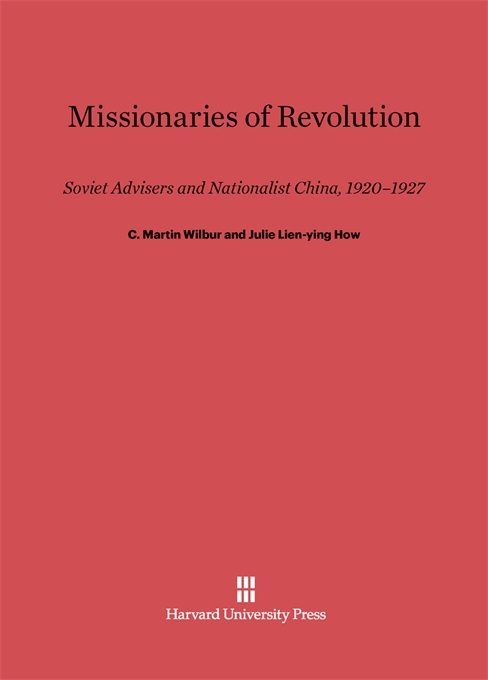 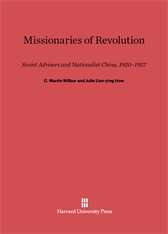 During the 1920s the Soviet Union made a determined effort to stimulate revolution in China, sending several scores of military and political advisers there, as well as arms and money to influence political developments. This was revolutionary Russia’s first large-scale intervention in the affairs of a foreign country and, although it ended in failure, the story of these missionaries of revolution—sojourners in a bewildering environment, ultimately disillusioned—constitutes an engrossing chapter, authoritatively told, on this little-known enterprise.

The usual secrecy surrounding Soviet foreign intervention was broken when the Chinese government seized a mass of documents in a raid on the Soviet military headquarters in Peking in 1927, thus revealing the details of Russia’s first extensive effort to promote revolution abroad. Missionaries of Revolution weaves together information gleaned from the secret documents—instructions, reports, minutes, letters, resolutions—with contemporary historical materials.

The author reveals the human side—the dangers, frustrations, illnesses, and bafflements faced by the Russian men and women working for Lenin and Stalin in China, based upon diaries, letters, and reminiscences of participants. Those who study and know the period will find a wealth of illuminating detail based on the meticulous use of Chinese and Russian sources and decades of careful historical research. Those who do not will be introduced to an exciting aspect of Chinese, Soviet, and revolutionary history.