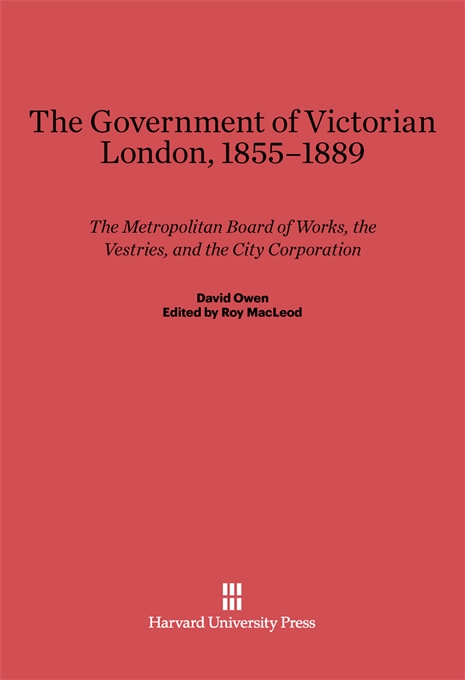 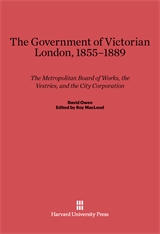 The Metropolitan Board of Works, the Vestries, and the City Corporation

Of all the major cities of Britain, London, the world metropolis, was the last to acquire a modern municipal government. Its antiquated administrative system led to repeated crises as the population doubled within a few decades and reached more than two million in the 1840s. Essential services such as sanitation, water supply, street paving and lighting, relief of the poor, and maintenance of the peace were managed by the vestries of ninety-odd parishes or precincts plus divers ad hoc authorities or commissions. In 1855, with the establishment of the Metropolitan Board of Works, the groundwork began to be laid for a rational municipal government.

David Owen tells in absorbing detail the story of the operations of the Metropolitan Board of Works, its political and other problems, and its limited but significant accomplishments—including the laying down of 83 miles of sewers and the building of the Thames Embankments—before it was replaced in 1889 by the London County Council. His account, based on extensive archival research, is balanced, judicious, lucid, often witty, and always urbane.