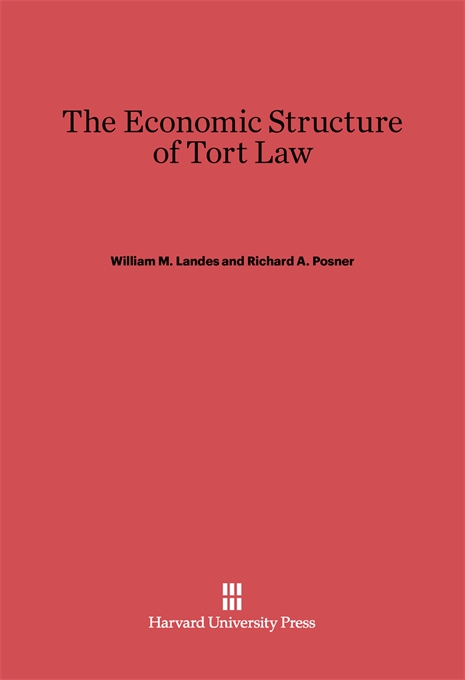 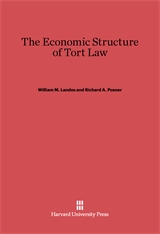 The Economic Structure of Tort Law

Written by a lawyer and an economist, this is the first full-length economic study of tort law—the body of law that governs liability for accidents and for intentional wrongs such as battery and defamation. William M. Landes and Richard A. Posner propose that tort law is best understood as a system for achieving an efficient allocation of resources to safety—that, on the whole, rules and doctrines of tort law encourage the optimal investment in safety by potential injurers and potential victims.

The book contains both a comprehensive description of the major doctrines of tort law and a series of formal economic models used to explore the economic properties of these doctrines. All the formal models are translated into simple commonsense terms so that the “math-less” reader can follow the text without difficulty; legal jargon is also avoided, for the sake of economists and other readers not trained in the law.

Although the primary focus is on explaining existing doctrines rather than on exploring their implementation by juries, insurance adjusters, and other “real world” actors, the book has obvious pertinence to the ongoing controversies over damage awards, insurance rates and availability, and reform of tort law—in fact it is an essential prerequisite to sound reform. Among other timely topics, the authors discuss punitive damage awards in products liability cases, the evolution of products liability law, and the problem of liability for “mass disaster” torts, such as might be produced by a nuclear accident. More generally, this book is an important contribution to the “law and economics” movement, the most exciting and controversial development in modern legal education and scholarship, and will become an obligatory reference for all who are concerned with the study of tort law.