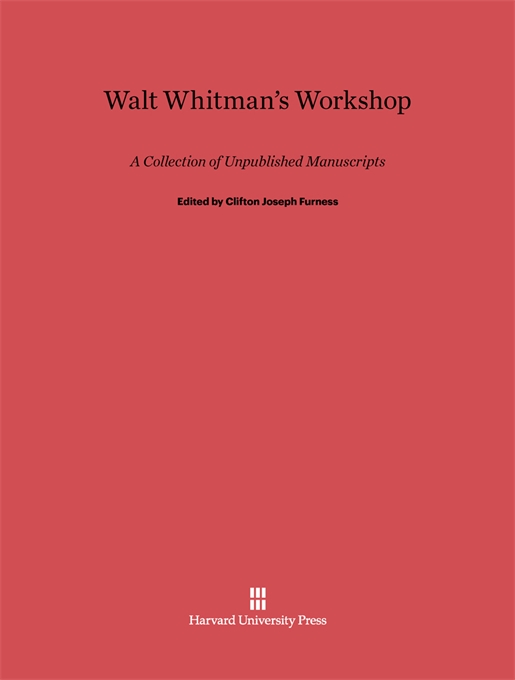 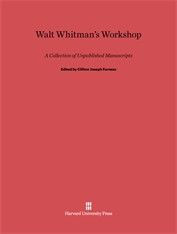 A Collection of Unpublished Manuscripts

Recent study of Whitman manuscripts has disclosed a number of significant unpublished documents, portions of which are presented in this book to afford opportunity for a first hand study of Whitman’s ideas and working methods. There are selections from manuscripts for public lectures; passages from notes and diaries revealing his attitude toward the abolitionist movement, presidential campaigns, and other historical and political matters; lost drafts of prefaces intended for American editions of “Leaves of Grass”; an introduction for a proposed English edition of his works; and finally, a number of letters and prefaces prepared for foreign editions and translations of his works which were projected but never published. This large body of material is of unique and first rate importance. The introduction and notes aim to throw light upon the history and interpretation of the material, but not to interfere in any way with allowing Walt Whitman to speak for himself.