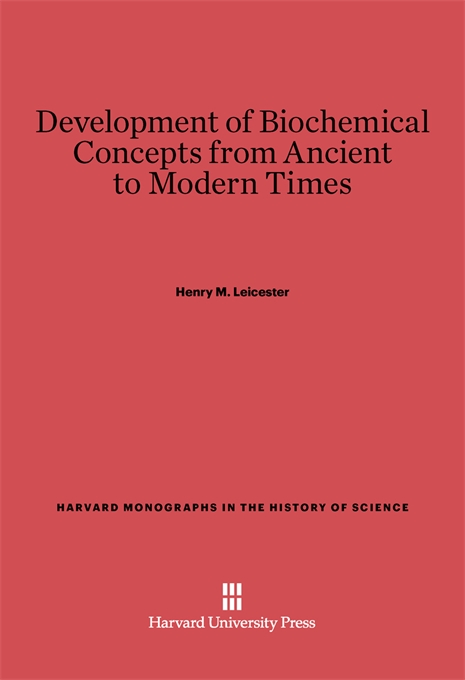 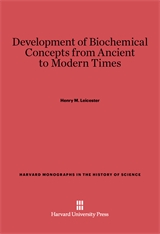 Development of Biochemical Concepts from Ancient to Modern Times

Biochemistry is one of the most active and productive of modern sciences, but it has been relatively neglected by historians. In a readable account that spans more than twenty centuries of scientific thought, Henry M. Leicester presents the history of biochemistry, and also offers a systematic account of the philosophical and religious attitudes that stimulated and influenced the emergence of biochemical concepts. With the realization that living organisms are composed of other, simpler substances, the science of biochemistry was born. In this book, Leicester traces the centuries-long endeavor to identify and characterize the physical components of living matter: from the early Greek postulate that all complex substances are composed of the four familiar elements—earth, air, fire, and water—to the modern discovery of biologically important molecules including enzymes, vitamins, and hormones.