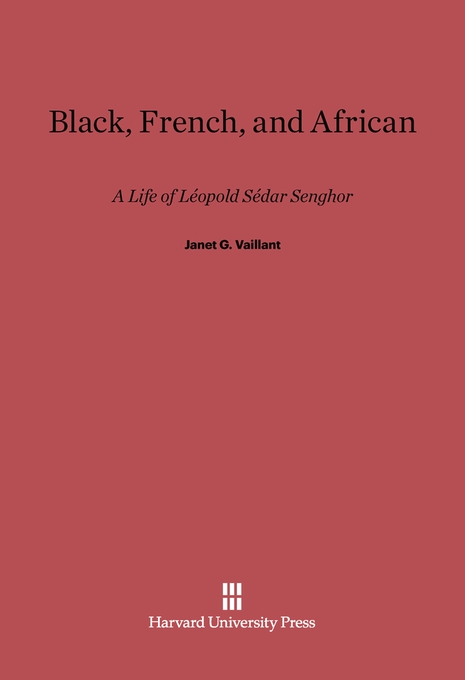 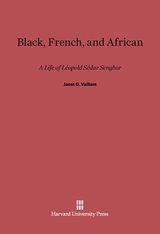 A Life of Léopold Sédar Senghor

Black, French, and African is the first biography in English of the extraordinary poet, politician and intellectual Léopold Sédar Senghor. As a prizewinning poet in French, Senghor was the first African to be elected to the Académie Française for his contribution to French culture; as a statesman, he was the first president of independent Senegal from 1961 to 1980, a nation still among the most democratic in Africa; as an intellectual, he was an originator of the theory of Négritude—a term that to him meant “the manner of self-expression of the black character, the black world, black civilization”—and a leader of West African independence.

Through her sleuthing, interviewing, and ferreting out details over a period of years, Janet Vaillant has drawn a captivating multi-dimensional portrait of this unusual man. She introduces us to Senghor the child, through descriptions of his family, the traditional culture of the Serer people of Senegal, and the system of French colonialism that gave him his contradictory sense of “place”; then to Senghor the young man, as he pursued his academic and literary education in Paris of the late 1920s. Finally, she moves on to his involvement in this special fraternity of “men of color” that crystallized in Paris in the mid 1930s and that fostered the theory of Negritude for which Senghor became such an articulate spokesman.

Senghor’s biography contributes to an understanding of postindependence African leadership as well as French and African-American intellectual history and literature. Vaillant examines links between his personal experience, his political work, and his poetry, and the effects of his political ideology on state-building. She also provides us with larger context in which Senghor worked—his debts and contributions to the writing and thinking of blacks in America and France, and his importance as a leader of a colonized people dealing with the industrialized West.