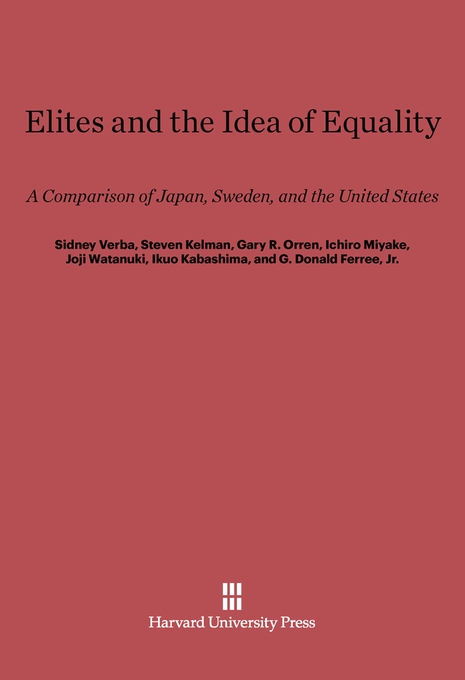 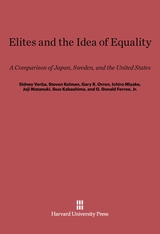 Elites and the Idea of Equality

A Comparison of Japan, Sweden, and the United States

What equality means in three modern democracies, both to leaders of important groups and to challengers of the status quo, is the subject of this wide-ranging canvass of perceptions and policy. It is based on extensive questionnaire data gathered from leaders in various segments of society in each country—business, labor unions, farm organizations, political parties, the media—as well as from groups that are seeking greater equality—feminists, black leaders in the United States, leaders of the Burakumin in Japan. The authors describe the extent to which the same meanings of equality exist, both within and across nations, and locate the areas of consensus and conflict over equality. No other book has compared data of this sort for these purposes.

The authors address several major substantive and theoretical issues: the role of values in relation to egalitarian outcomes; the comparison of values and perceptions about equality in economics (income equality) and politics (equality of influence); and the difference among the nations in the ways political institutions affect the incorporation of new demands for equality into the policymaking process. They pay particular attention to how policy is set on issues of gender equality.

This book will be controversial, for some see no room in the understanding of political economy for the analysis of values. It will be consulted by a general audience interested in politics and culture as well as by social scientists. Elites and the Idea of Equality is an informative sequel to Equality in America by Sidney Verba and Gary R. Orren, which considers similar topics in a national context.