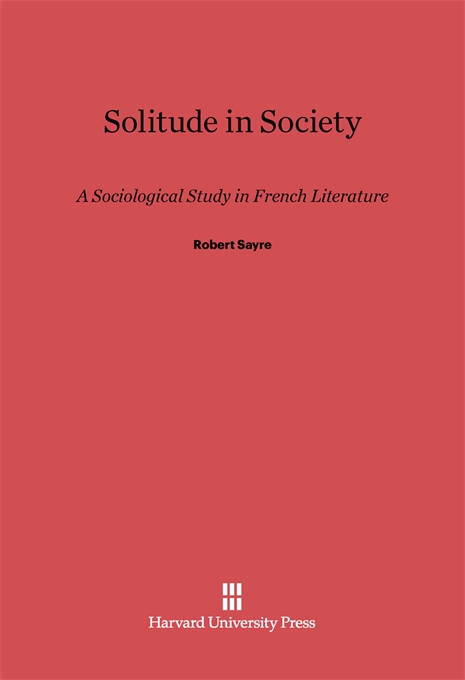 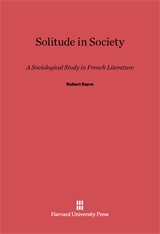 A Sociological Study in French Literature

Robert Sayre brings a special kind of literary intelligence to his study of the problem of isolation in modern society. He gives us a spirited instance of a sociological approach to literature, more specifically a Marxist approach that forcefully links a literary theme to a social fact. In contrast to the existentialist interpretation of alienation (in which isolation is the eternal dilemma of Man), a Marxist analysis interprets solitude in society as precisely a modern phenomenon, directly related to the evolution of advanced capitalism.

Sayre first discusses the notion of solitude as it is treated in classical literature and carries it through to the nineteenth century, with emphasis on the literary history of France. In the second part of the book he presents detailed interpretations of five twentieth-century French novels (by Proust, Malraux, Bernanos, Camus, and Sarraute). Controversial, but persuasive, these in-depth studies are certain to influence the reader’s way of looking at the writers in question.