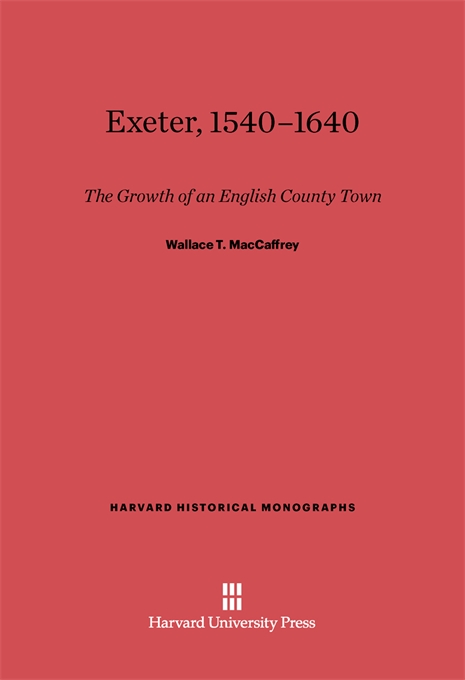 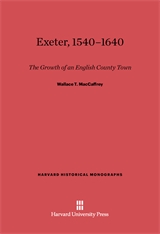 The Growth of an English County Town, Revised Edition

Life in a provincial capital is the subject of this study of Exeter during the Elizabethan and early Stuart ages. The author offers new insight into the way the English middle-class lived and the way in which Tudor policy achieved its aims in the provinces. During this period, Exeter was characterized by its self-sufficiency and by an oligarchical control over every aspect of its civic life. Wallace MacCaffrey describes a semi-autonomous world in itself, in which a small interlocked group of merchant families, related by marriage, kept tight control over the economy, politics, religion, education and social activities.

Taking the inclinations and actions of the local figures as his points of departure, the author discusses such great issues of the age as the Reformation, the war with Spain, and the monarchy, and examines how often they were pushed aside or subordinated to local affairs. Although the local citizen body had no part in national policy making, it was called upon to participate in carrying out the directives which came from London; it did carry out these policies, sometimes successfully, sometimes unsuccessfully.

In writing this detailed study, MacCaffrey has drawn on hitherto unused files from the records of the city.