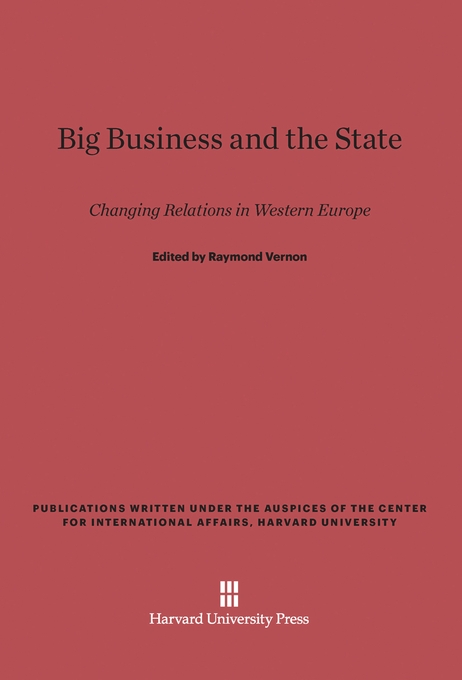 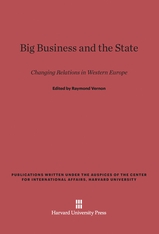 Big Business and the State

In the past decade remarkable changes have taken place in the relations between big business and government in Western Europe. Large corporations have always been intimately linked to their governments—sometimes carrying out national policies, frequently influencing those policies. Recently, however, more and more national enterprises have become multinational enterprises whose aims diverge increasingly from those of the states in which they originated. In addition, the growth of the European Economic Community has outdated customary ways of doing business for large corporations while creating new opportunities for them.

A number of significant insights and interpretations result from this timely book. The interests of the big firms of Western Europe are becoming increasingly worldwide and less concerned with Europe; inter-European collaboration among them has been largely disappointing in furthering European goals; emphasis on creativity and innovation in big business has given way to the diversion of financial resources to declining industries; and lip service to promoting transnational collaboration notwithstanding, governments have preferred to back national standard bearers in key industries. No less important, the political role of large economic groups has been enhanced and that of parliament weakened or altogether circumvented.