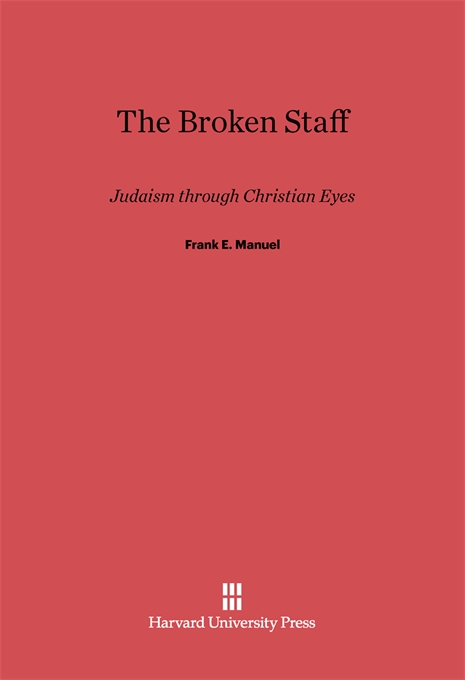 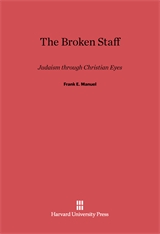 In this masterful history Frank Manuel ranges over the centuries, from antiquity to recent times, analyzing the diverse responses of European Christendom—Catholic, Protestant, and freethinking—to the culture and religious thought of the Judaism that survived, even thrived, in its midst.

It is a history of marked contrasts. Though prolific in the out pouring of diatribes, European writers never agreed about Jewish thought and religion. Should the works embodying Jewish beliefs be burned or ignored? Should they be consulted for what might be learned from them? Manuel shows us the “rediscovery” of historical Judaism by Renaissance humanists alongside the vicious attacks mounted by Reformation leaders. He surveys the Christian Hebraists in the period that followed: clergymen, university professors, and gentlemen-scholars who studied Jewish religious thought and Hebrew to further Christian purposes. And he discusses the many ends—missionary, political, eschatological, Judeophobic—to which Christian thinkers turned their learning. In the eighteenth century the English deists and French philosophes—notably Voltaire—virulently attacked what they described as a primitive oriental religion. Manuel’s vivid picture of writers in nineteenth-century Germany artfully encompasses the learned research, negative image-making, and polemics of the period.

This eminent cultural historian’s rich and penetrating account substantiates his view that there never has been what is now blithely called a “Judeo-Christian tradition.” The Broken Staff will be of interest to readers intrigued by the history of ideas, as well as to scholars of Judaica and Christian thought.