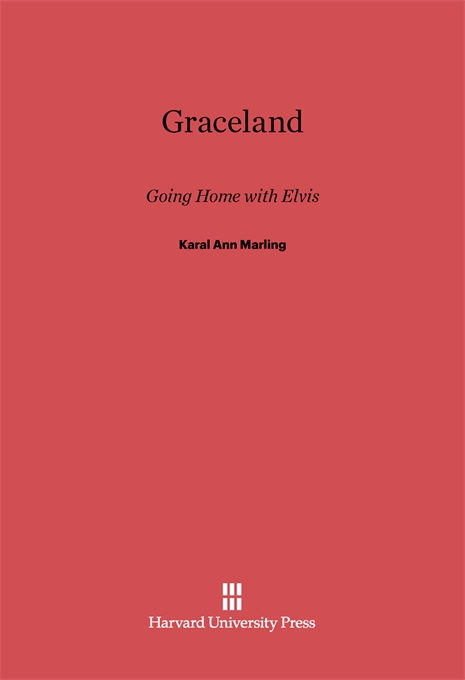 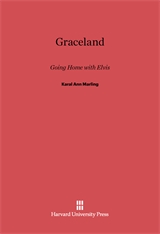 “[Marling] knows her way around the Nashville country-music scene, the celebrity mansions of Bel Air, the hipster clothing outlets of Memphis. She evokes role models of conspicuous consumption like Hank Williams and Liberace, who—like Presley—knew they were thumbing their noses at good taste, but did so with more humor… Graceland is filled with the rich madness of life… [It] is as pleasing as a new pair of blue suede shoes.”—Robert Campbell, The New York Times Book Review

“Marling’s [book] is like a road trip with a smart, funny friend (junk food, driving all night, collecting silly souvenirs)… A beguiling, original guide [to Graceland] complete with directions, admission prices, and detours into Southern literature and culture.”—Kelleher Jewett, The Nation

“The book is a near-masterpiece. Imaginatively thought and generously felt, Graceland isn’t just an essential addition to Elvis literature; it’s a shrewd, empathetic meditation on the unexpected dignity that lurks beneath the kitsch surface of middle-class taste… [I]t’s Graceland…that inspires Marling’s finest work. She cuts through the practiced inanities of the tour guides and their sanitization of all that was revolutionary or horrific about Elvis to imagine a real person living there. No one has ever written about Graceland with the penetrating understanding that Marling shows… She makes its smallness and tackiness, its owner’s unquenchable thirst for newness, almost inexpressibly, and never condescendingly, moving.”—Charles Taylor, The Boston Phoenix

“The liveliest and most intriguing of the new books [on Elvis] is Graceland: Going Home with Elvis, a sometimes funny, often thoughtful rumination on the place of Elvis and his super-kitsch mansion in the American iconography.”—Linda Deutsch, The Los Angeles Times

“[A] revealing and almost perfect book.”—Rick Tamble, The Nashville Banner

“By broadening her scope to include so much of American culture, Marling has cleverly set Elvis up as the ultimate tourist, always on the road and longing to get back home. What makes the trip so compelling is Marling’s ability to make his story our story. As readers will discover, the cultural geography of ‘Elvisness’—alien as it may seem—is ours as well.”—Edward Gunts, The Baltimore Sun

“[A] masterful entry into Elvisology… Marling constructs a meandering biography out of the domestic theater of Elvis… Marling’s scrupulously researched (and also hilarious) cultural analysis recalls that of like-minded heroes Tom Wolfe and Greil Marcus… Graceland: Going Home with Elvis is a brilliant achievement. Elvis, as the saying goes, may have left the building, but the author shows us how we are all now living in Graceland.”—Michael Tortorello, City Pages [Minneapolis, MN]

“In this brilliant, if highly personal, guide to both the man and his home, Marling explains how the Presley shrine differs from other places of tourist pilgrimage: ‘The house if full of things that we all have or used to have, or used to want, or hate.’ Though it is easy to scoff at Graceland’s decor (‘a violent Christmastime-lipstick-cherry-coke-fire-engine-hellfire red’) and the Polynesian-theme Jungle Den, Marling insists that Elvis was ‘the last great Dixie regionalist’, on par with William Faulkner.”—The Independent

“[Marling’s] expertise in the decorative arts (plus the phrase-making knack that complements it) makes Elvis’s mansion on the hill seem a creation as well as a site.”—Robert Christgau, The Village Voice

“Reading [this book] is like taking a trip with a funny, well-read friend who knows where to find the best little dinners and the kinds of roadside attractions that don’t get listed in guidebooks, and who can discourse wittily on their meaning and history.”—David Nicholson, The Washington Post Book World