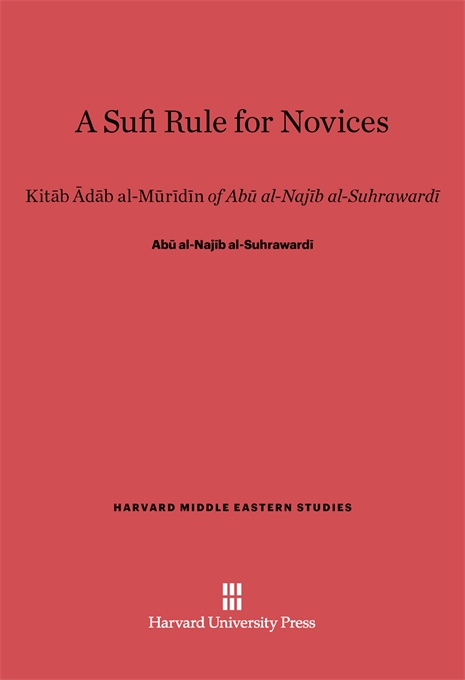 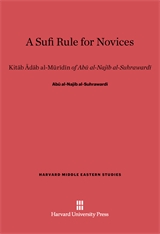 A Sufi Rule for Novices

Translated with commentary by Menahem Milson

Not only students of Sufism, Islamic mysticism, but also students of social and cultural history and comparative religion will find this book of extraordinary interest. It is a translation of a twelfth-century guide to the Sufi way of life, the Kitāb Ādāb al-Mūrīdīn of Abū al-Najīb al-Suhrawardī, founder of one of the oldest and largest Sufi orders. The widespread influence of the work is attested by the fact that manuscript copies have been found in India and in most of the Muslim countries of Africa and the Middle East. A manual of ethics, addressed not to initiates but to novices and laymen, it spells out in detail the ādāb or rules of conduct: general rules on such matters as eating, clothes, conversation, companionship, marriage, hospitality, and specific ones dealing with particular situations. The concluding section on ethical dispensations—permitted departures from the rules—bespeaks a realistic approach to social necessities and a recognition of human fallibility that may help account for the Sufis’ success in gaining huge numbers of adherents among the lay populace.

Menahem Milson’s translation is based on his own edition of the Arabic text, prepared after study and collation of the manuscripts. His introduction places the work in historical context and makes clear its uniqueness among extant Sufi writings.