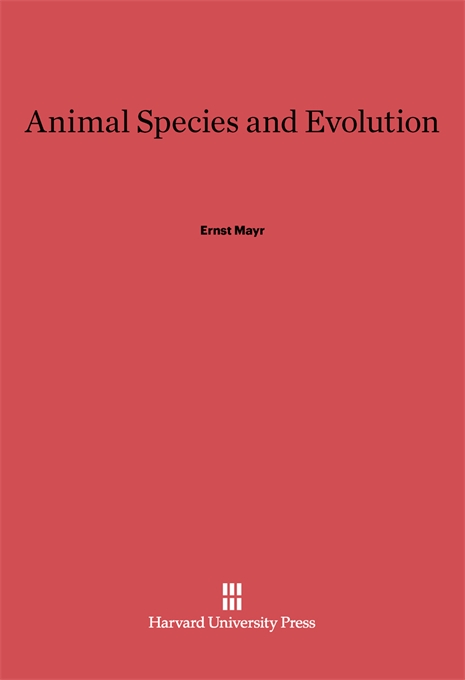 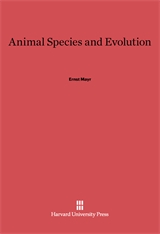 “I have been reading Ernst Mayr’s Animal Species and Evolution with avidity… Notably, the introductory classification and analysis of evolutionary theories clarifies the concepts of Darwin, his predecessors and his successors, with a profundity that will clearly shape future writing on the history of evolution.”—I. Bernard Cohen, Harvard University

“A truly great work, which will remain a landmark in the biology of our age.”—Theodosius Dobzhansky, Columbia University

“[A] masterly and illuminating statement of contemporary thinking about species and their basic role as integrated units of evolution. It will be indispensable for everyone interested in evolutionary biology.”—Sir Julian Huxley

“A work of extraordinary comprehensiveness… I have no doubt that it is destined to be an abiding landmark in the study of evolution.”—I. Michael Lerner, University of California

“A major work of scholarship by one of the few Grand Masters of evolutionary genetics and taxonomy.”—P.B. Medawar, Medical Research Council, London

“It is the definitive treatment of systematics and evolution as interpreted in the light of the New Systematics.”—Charles D. Michener, University of Kansas

“This is the soundest, most complete, and best documented study ever published on genetical characteristics and evolutionary processes in animal populations around the crucial level of the species.”—George Gaylord Simpson, Harvard University

“Ernst Mayr has described with lucidity and verve the modern concepts that elucidate the Golden Thread of Biology—to wit, Evolution… [His] treatise makes books on Evolution published lust a few years ago appear antiquated.”—Herman T. Spieth, University of California