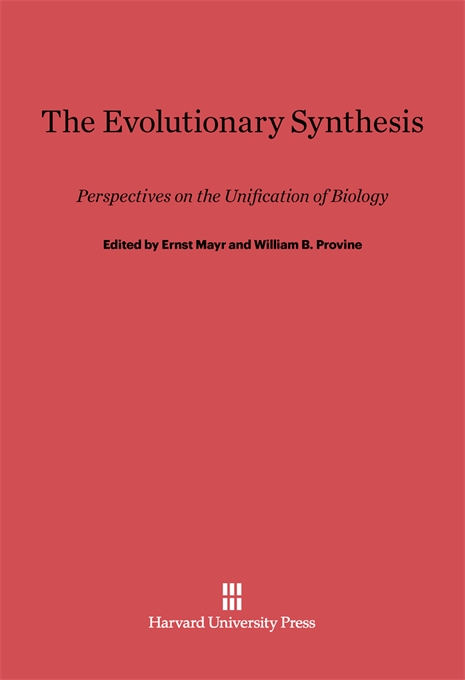 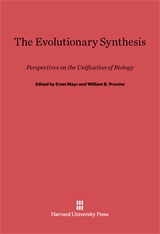 Perspectives on the Unification of Biology

Biology was forged into a single, coherent science only within living memory. In this volume, the men responsible for the “modern synthesis” of evolutionary biology and genetics come together to analyze that remarkable event. Joined by other scientists and historians, Ernest Boesiger, C. D. Darlington, Theodosius Dobzhansky, E. B. Ford, Viktor Hamburger, M. Lerner, Ernst Mayr, Ledyard Stebbins, and Alexander Weinstein met twice to discuss the experiences, historical forces, and intellectual transformations through which the legacies of Darwin and Mendel were fused into a new biology. Their contributions, assembled here along with information supplied by such other architects of the synthesis as Julian Huxley, Bernhard Rensch, and G. G. Simpson, are indispensable to any historical study of biology in the twentieth century.

In retrospect, the evolutionary synthesis seems to have been delayed beyond the time when it could have been achieved. Darwin had published in 1859 and Mendel’s laws were rediscovered at the beginning of this century; in the next twenty years some scientists grasped the outlines of a possible synthesis. Yet violent controversy persisted until the mid-thirties. Then, by 1947, dispute gave way to remarkable unanimity. The contributors to this book focus on the barriers of nationality and discipline that impeded the integration of available knowledge and theory into a working whole, as well as on the process by which these barriers were penetrated.

The generation of scientists that inherited the synthesis were represented at the conference by Hampton Carson, Stephen Jay Gould, and Richard Lewontin. They and a distinguished group of historians of science contributed chapters to this volume that enlarge its theoretical perspective and also offer new information on the emergence, and delay, of the synthesis.