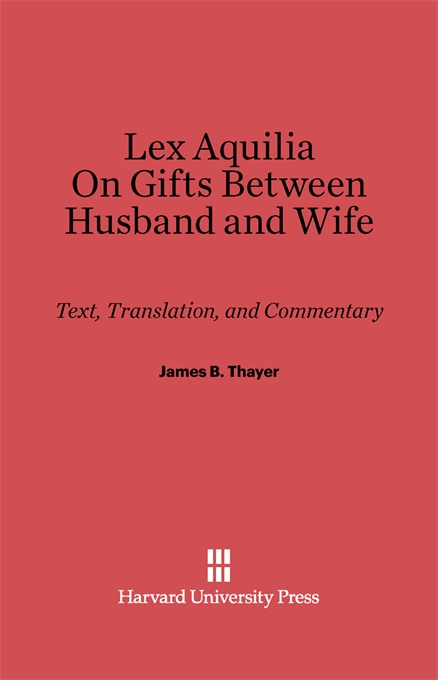 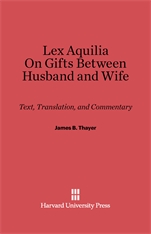 This book deals with two titles of Justinian’s Digest or Pandects, containing a translation and commentary on the first, Ad Legem Aquiliam, which treats of damage to property, and a mere commentary on the second, touching the prohibition of gifts between husband and wife. The first title is expounded from the point of view of American students with parallel reference to cases in the Anglo-American law. The discussion of the other is from a more technical and strictly Roman standpoint. The chief aim in arriving at the real content of the texts was to support their genuineness from the attacks so freely made by the modern school of “interpolationists.”