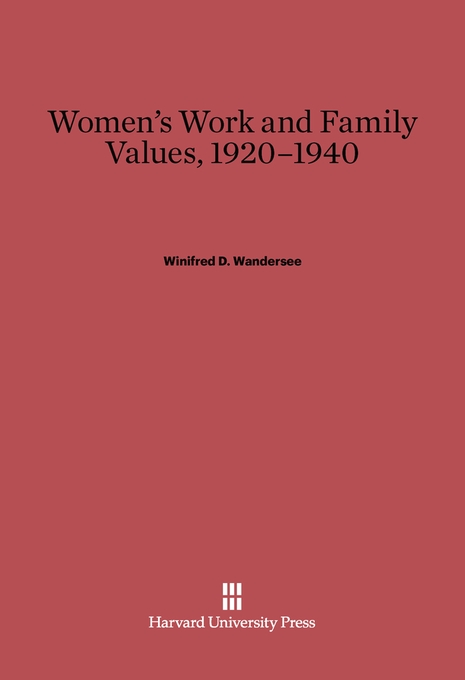 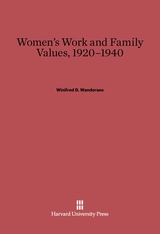 Changing occupational patterns during the 1920s and 1930s opened up new opportunities to women in a variety of fields. In a fresh approach to the history of women, Winifred D. Wandersee explores how the family, work, and family values took on new shapes during this critical period. By the 1920s, the increase in consumerism, encouraged by high production and mass advertising, had redefined the idea of an acceptable standard of living. For some, it was not possible to achieve this standard on the income of one wage earner, and women’s employment outside the home became increasingly necessary. For most women, Wandersee shows, this trend to outside work was a reflection not of feminist ideology but of women’s commitment to family values.

Wandersee finds that economic demands exerted even less influence on women than did societal and domestic demands. The proportion of married women who were gainfully employed during the 1920s, for example, was never more than 25 percent of all wives. Those who adapted to a joint economic and domestic role usually did so because their need was great, or their employment opportunity was favorable, or their value system stressed the material comfort of the family at the expense of traditional concepts of women’s roles. Wandersee relates the experiences of these last two groups of women to the long-range changes in values and life-styles that have culminated in the American family of today.