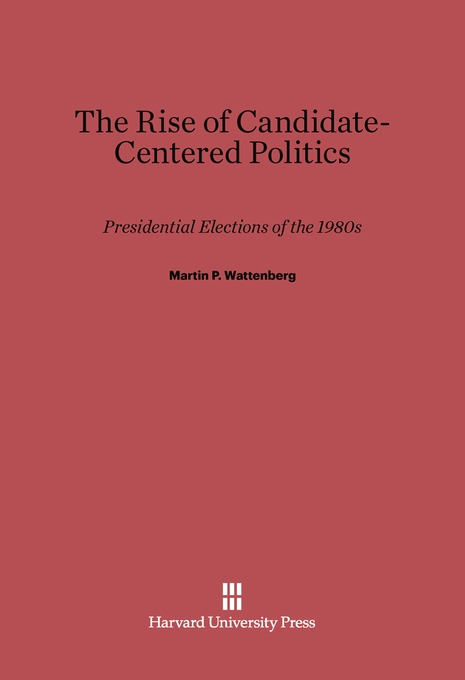 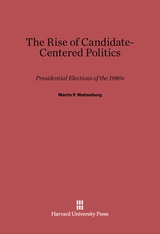 The Rise of Candidate-Centered Politics

Presidential Elections of the 1980s

Every presidential election since 1964 has been won by the candidate backed by the most united party; yet as party unity has become more important to voting decisions, it has also become increasingly difficult to achieve. In his latest book, Martin Wattenberg offers an in-depth interpretation of the presidential elections of the 1980s, illuminating current theories of political behavior and how they operate in today’s candidate-centered politics.

Wattenberg investigates the impact that political parties’ declining relevance has had on presidential politics. As the parties’ ability to polarize opinion weakened and voters were set politically adrift, the candidates themselves had to fill the power vacuum. Interestingly, as the candidates have become more prominent, their popularity has spiraled downward. Wattenberg’s national survey data debunks the notion of Reagan as the “Teflon® president;” demonstrating that many negative judgments stuck to Reagan’s public image throughout the 1980s, particularly the criticisms of his conservative policies.

The author’s intricate analysis shows that many people were torn between candidates whose policies they preferred and those who they thought would produce the best results, and these contradictory attitudes were primarily resolved in favor of Reagan and Bush.