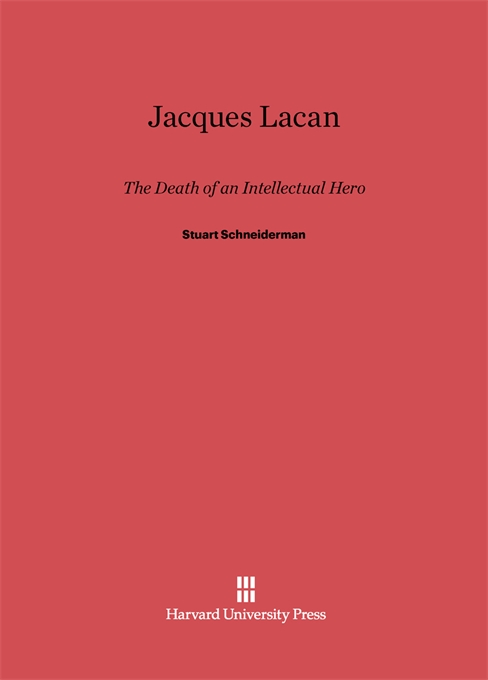 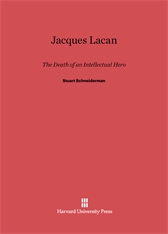 The Death of an Intellectual Hero

Perhaps it could only happen in France that a psychoanalyst becomes a cult hero. Both revered and detested, the iconoclastic Jacques Lacan drew all the Parisian luminaries of the time to his weekly seminars—Lévi-Strauss, Barthes, Merleau-Ponty, Derrida, Ricoeur, Althusser; he was close to Picasso, Sartre, Camus, and Heidegger; his actions and pronouncements were faithfully reported by the French press. Also drawn to Paris in the early seventies was young English professor Stuart Schneiderman, who became the only American to undergo a training analysis with Lacan and who here writes about that strange and rewarding experience.

Schneiderman takes us into the doctor’s office at 5 rue de Lille, where we see the workings of the infamous “short session,” a feature of Lacan’s practice that was the major cause of his earlier expulsion from the International Psychoanalytic Association. Never before in print has there been a more graphic and telling portrait of the enfant terrible of the psychoanalytic world. Why did the man arouse such violent passions in both his followers and his detractors? Was it something in Lacan himself (arrogance, perversity), in the sociopolitical and historical context of the time (avant-gardism, war, Nazism, anti-Americanism), or in the very matrix of the Freudian enterprise?

Motivated to write by Lacan’s death, Schneiderman seeks answers to these puzzles and, along the way, touches on some of the basic issues of psychoanalysis: the attitude toward the dead and dying, and Lacan’s renewed emphasis on the death drive; the conflicted relationship to medicine; the reasons for anyone’s wanting to endure the process when so many other therapies are available; the evaluation of ultimate therapeutic success; the Lacanian opposition to other therapeutic and analytic methods.

What actually is “Lacanian”? This book, free in form, as haunting as a good novel, embodies a definition that is sure to engage the curious reader: myth, paradox, disruption, and wit come into play with the redoubtable orthodoxies of compulsion, survival, and death.